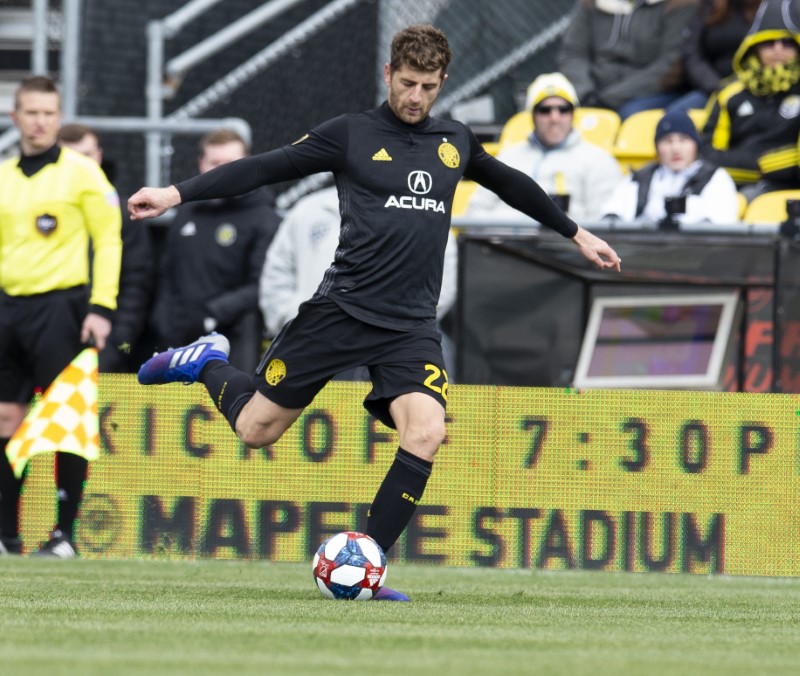 Gaston Sauro’s first-half goal was the difference when Columbus Crew SC remained unbeaten with a 1-0 victory against FC Dallas at Mapfre Stadium in Columbus, Ohio, on Saturday.

Zack Steffen made two saves for his second consecutive shutout for the Crew (2-0-1) and his 21st in 66 career MLS games.

Jesse Gonzalez also had two saves for Dallas (1-1-1), which played its first away match.

Sauro was at the edge of the 6-yard box to flick in a corner kick by Pedro Santos in the 10th minute to give the center back his second goal of the season as his comeback continues.

He missed the entire 2017 season after surgery to repair severe cartilage damage incurred from a posterior cruciate ligament injury in May 2016. He did not return to the field until May 27 of last season and appeared in seven regular season and two postseason games.

He had gone 24 matches without a goal until scoring from a header off corner kick in the season opener versus the New York Red Bulls on March 2.

The Crew squandered an opportunity to make it 2-0 in the 22nd minute when Gyasi Zardes couldn’t corral a bouncing rebound of a shot by Robinho that Gonzalez pushed away.

Dallas in the first half was outshot 7-2 and had none on target compared to two for the Crew despite the possession being nearly equal.

The first Dallas shot on goal almost resulted in the equalizer by Michael Barrios in the 57th minute. He took a turnover by Wil Trapp and forced Steffen off his line to make the point-blank stop that Sauro cleared it.

Dallas defender Matt Hedges made his 213th appearance to move past Bobby Rhine into second place on the team’s all-time games played list behind Jason Kreis’ 247.

The Crew plays the first of four straight Eastern Conference games when it goes to Philadelphia on March 23. FC Dallas hosts Colorado the same day.