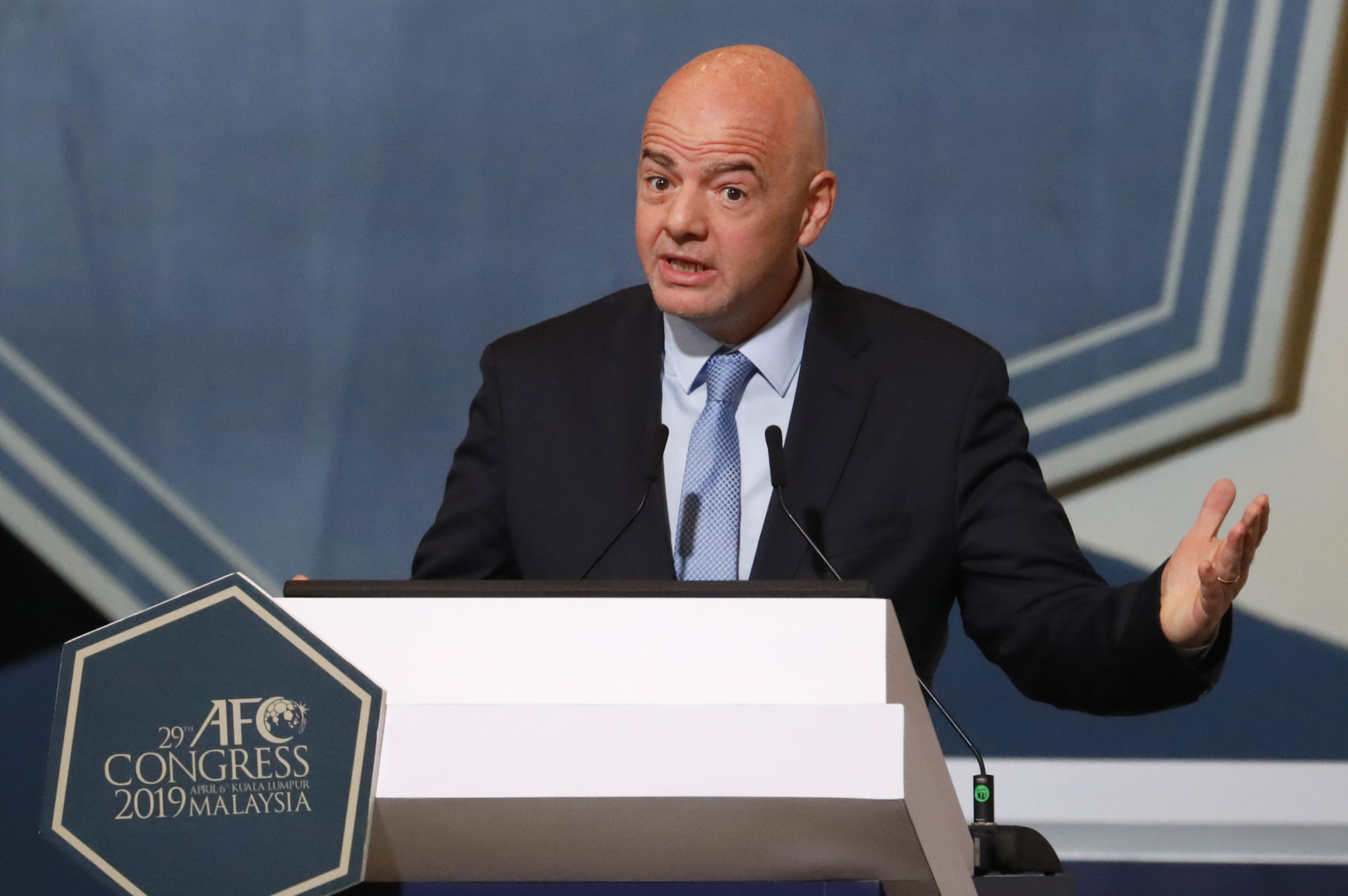 FIFA President Gianni Infantino held talks in Kuwait on Sunday about the country staging 2022 World Cup matches as he pushes to enlarge the Qatar tournament from 32 to 48 teams.

After meeting with the emir of Kuwait and soccer officials, Infantino flew to Qatar to see Qatari leaders on Monday about the prospect of overcoming the logistical and political complexities of adding 16 more teams to the hosting, which requires at least one additional Gulf country being used.

FIFA and Qatar have until June to come up with a joint proposal, but the concept is mired in complexities stemming from the blockade of Doha by neighbors. A FIFA internal report concluded last month that the United Arab Emirates, Bahrain and Saudi Arabia cannot join the hosting unless they restore the economic and travel ties with Qatar that were severed two years ago.

Kuwait and Oman have remained neutral in the dispute and were identified by a FIFA task force as potential hosts. But Oman’s foreign minister has said the country has no interest in staging games, leaving Kuwait as the only current viable option to cope with the Nov. 21 through Dec. 18 tournament featuring 16 additional games.

Infantino met with Kuwait’s ruler, Sheikh Sabah Al Ahmad Al Sabah, and the management of the Kuwait Football Association, FIFA said in a statement. The discussions were “about football in the country in general, but also about the FIFA World Cup 2022,” the world governing body said.

FIFA’s feasibility study into expanding the World Cup concluded last month that two stadiums in at least one additional country were required to cope with the demands of extra games. Kuwait City’s Jaber Al-Ahmad International Stadium has 60,000 seats but Sabah Al-Salem Stadium only 26,000 and requires upgrades.

“The latest Qatar 2022 developments were reviewed, including infrastructure projects, stadiums and security plans for the tournament,” said Qatar’s Supreme Committee for Delivery and Legacy.

But those plans are in flux amid Infantino’s determination to enlarge the tournament with less than four years to go until kickoff.

Qatar is still working on a 32-team tournament as it completes eight stadiums over just a 30-mile radius in the tiny nation with just 2.7 million people, most of them foreign workers.

Infantino said last week that he now believes there is only a 50% chance that the 2022 World Cup will see a fast-tracking of the jump to 48 teams that is already agreed to happen in 2026 when the United States, Canada and Mexico are joint hosts.