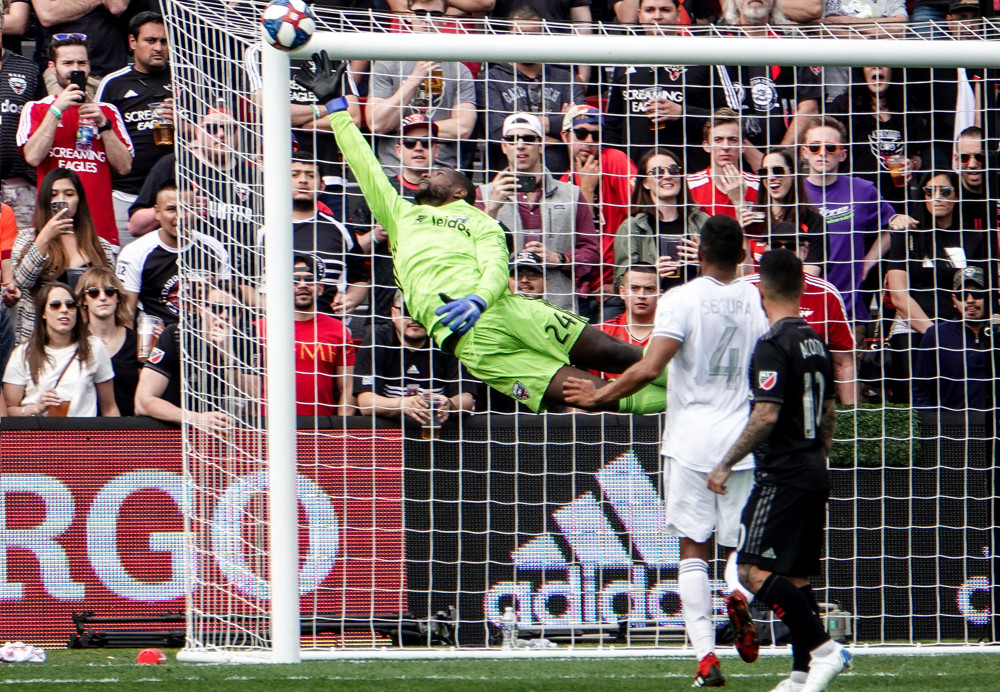 WASHINGTON, DC - APRIL 06: D.C. United goalkeeper Bill Hamid (24) makes a save in the second half during a MLS match between D.C United and Los Angeles FC on April 6 2019, at Audi Field, in Washington D.C.

Carlos Vela scored his MLS-leading seventh goal of the season in the 15th minute, ripping a left-footer from the top of the box to give LAFC (5-0-1) a 1-0 lead.

Rossi, from near midfield, played a ball wide to Vela on the left side and then sprinted into the area where he slipped a left-footer inside the near post in the 27th. Rossi first-timed a bending side-netter about five minutes later to make it 3-0 at halftime and capped the scoring in the 76th minute.

Vela and Rossi have more goals (13) this season than any other MLS team.

LAFC has won three in a row and has outscored its opponents 19-5 this season.

D.C. United (3-1-1) played a man down after Wayne Rooney, who came in among the MLS leaders this season in goals (four) and assists (three), was shown a straight red card in the 52nd, after video review, for a dangerous tackle on Rossi.