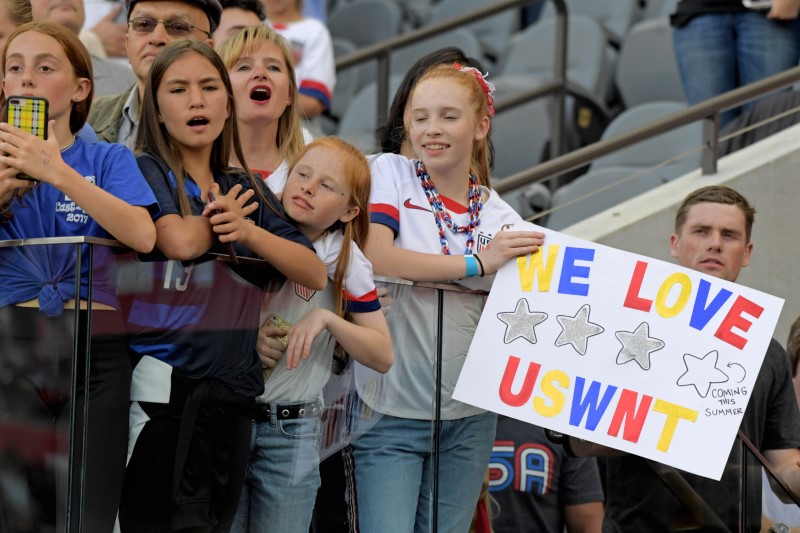 LOS ANGELES – The United States women’s national team pumped in four first half goals en route to a 6-0 romp against Belgium in a one-sided friendly as the reigning World Cup champions continue to build momentum ahead of their title defense in France in June.

Carli Lloyd opened their account with a leaping header off a long pass from Tierna Davidson that found the bottom corner of the goal in the 14th minute.

Five minutes later, the veteran midfielder unleashed another header to a nearly identical spot in the net to send the nearly 21,000 fans at the Banc of California Stadium in Los Angeles into a frenzy on a warm Southern California night.

“I know who I am. I know what I’m capable of,” Lloyd, who was making her first start this year, told reporters after the match.

Forward Lindsey Horan nodded in a goal off a corner kick past diving Belgian goalkeeper Nicky Evrard in the 26th minute and midfielder Samantha Mewis effectively put the game out of Belgium’s reach with a header to put the hosts 4-0 ahead.

Forward Alex Morgan came on as a substitute to start the second half and scored two minutes later when she broke free of her defender, took a pass from Lloyd, and chipped a shot over Evrard’s head for her 101st career goal.

Forward Jessica McDonald completed the rout with a header off a set-piece move in the 90th minute as the team improved to 4-1-2 in 2019.

The match was the last for the U.S. before the team selects its World Cup roster, which will look to bring the team home its fourth title.