US faces greater challenges this time around at World Cup 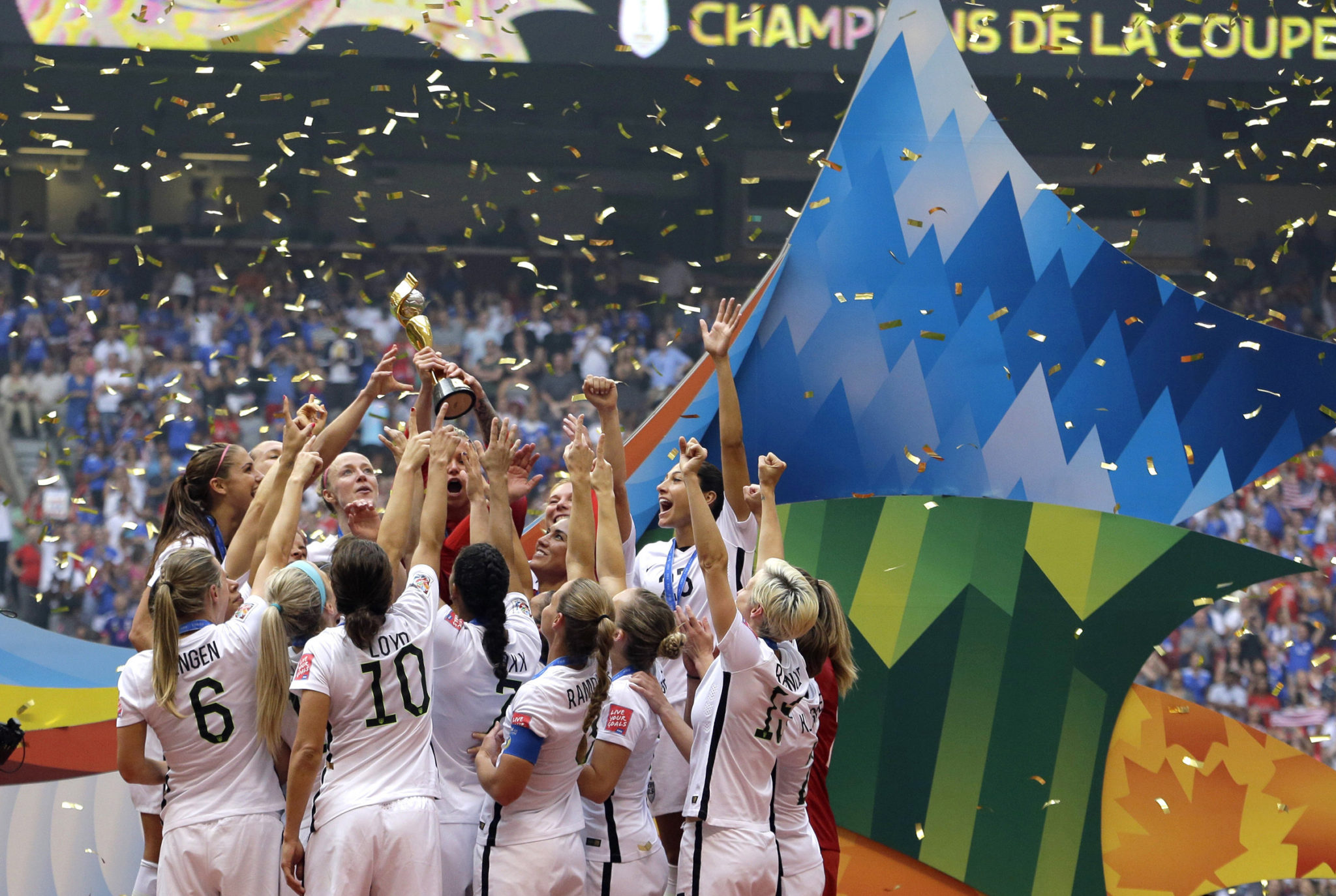 The U.S. women’s national team is well aware the rest of the world is catching up.

Long dominant on the international stage, the No. 1-ranked Americans are heading to France for the Women’s World Cup with any number of teams potentially in position to topple the defending champions.

Among the challengers are host France, upstart England, the surprise third-place finisher at the 2015 World Cup in Canada, and even the Canadians themselves, who would love to get an upper hand in a longstanding rivalry with their North American neighbors.

“I do not think that the U.S. is as strong as they have always been, the same with Germany, while not underestimating teams like Italy and Spain that may be inferior,” said Sweden midfielder Kosovar Asllani. “We will of course do everything to be at the top. It is open for any national team, really.”

Jill Ellis is leading the U.S. team into her second World Cup as coach. She selected a roster that emphasized experience, but the lineup will look vastly different from four years ago. Stalwarts Abby Wambach and Lauren Holiday have retired, and Carli Lloyd — who scored a hat trick in the title game in Canada — has moved into a “super sub” role off the bench .

The U.S. women are focused on winning on the field in France even while at home they are looking for a different victory. Known for championing women’s rights and equality, the players collectively filed a lawsuit alleging discrimination by the U.S. Soccer Federation and seeking pay equitable with that of players on the men’s national team.

Forward Christen Press said it’s this unity on and off the field that makes the United States a formidable team. “The World Cup is precious to us and we want to have all our focus there,” she said.

Alex Morgan will lead the attack, flanked by Megan Rapinoe and Tobin Heath. Morgan, who broke out at the 2012 Olympics and is playing in her third World Cup, scored 18 goals in 19 games last year and was the team’s Player of the Year for 2018.

A focus will no doubt be Alyssa Naeher , who has the daunting task of replacing Hope Solo in goal. Solo won the Golden Glove in Canada as the tournament’s best goalkeeper, allowing just three goals. But she was ultimately dismissed from the team following the 2016 Olympics.

Naeher is known for her calm demeanor.

“I’ve kind of found over the years that it’s best to just keep that even mindset, not too high and not too low,” she said. “There’s obviously a lot of defensive strategies and changes leading into a game, and within a game. The more that I can kind of just stay in the moment and kind of take it all in, the better position I’ll put myself in.”

Helping Naeher will be a backline that includes veterans Becky Sauerbrunn and Kelley O’Hara, both playing in their third World Cup.

In the Brazil Games, Sweden bunkered on defense and went on to advance to the semifinals, handing the U.S. its earliest exit in Olympic competition. Solo famously called the Swedes “cowards” for the tactic.

But that game could provide something of a blueprint for how to beat the United States. Sweden was coached at the time by former U.S. coach Pia Sundhage, who knew the Americans well.

Sundhage has since moved on, but the U.S. will again face Sweden in the final game of the group stage. Ellis joked before the draw in December that she fully expected to be grouped with Sweden — so of course it happened. It is the sixth time the two teams have been in the same group. Also in Group F are Thailand and Chile, which is making its World Cup debut.

“I think that the emphasis is not to overload or add, it’s more about trusting what we’ve done and going in there and now just being able to focus on what’s exactly in front of us in terms of games,” Ellis said. “I think that sometimes coaches go to a playoff round or go into the postseason and suddenly what do you want to do — more and more and more — and I think the complete opposite actually.”

The U.S. will open the tournament against Thailand in Reims on June 11. Sweden, ranked No. 9, will face the U.S. on June 20 in Le Havre — the final group match for both. The U.S. and the Swedes are expected to advance to the knockout round.

The United States has won the World Cup three times since the women’s event was launched in 1991, more than any other national team. Japan defeated the U.S. in an emotional final in 2011 that came as that nation was still reeling from a devastating earthquake and tsunami.