The loss was the fourth straight for MLS in its annual All-Star game, which matches the league’s top players against international competition. 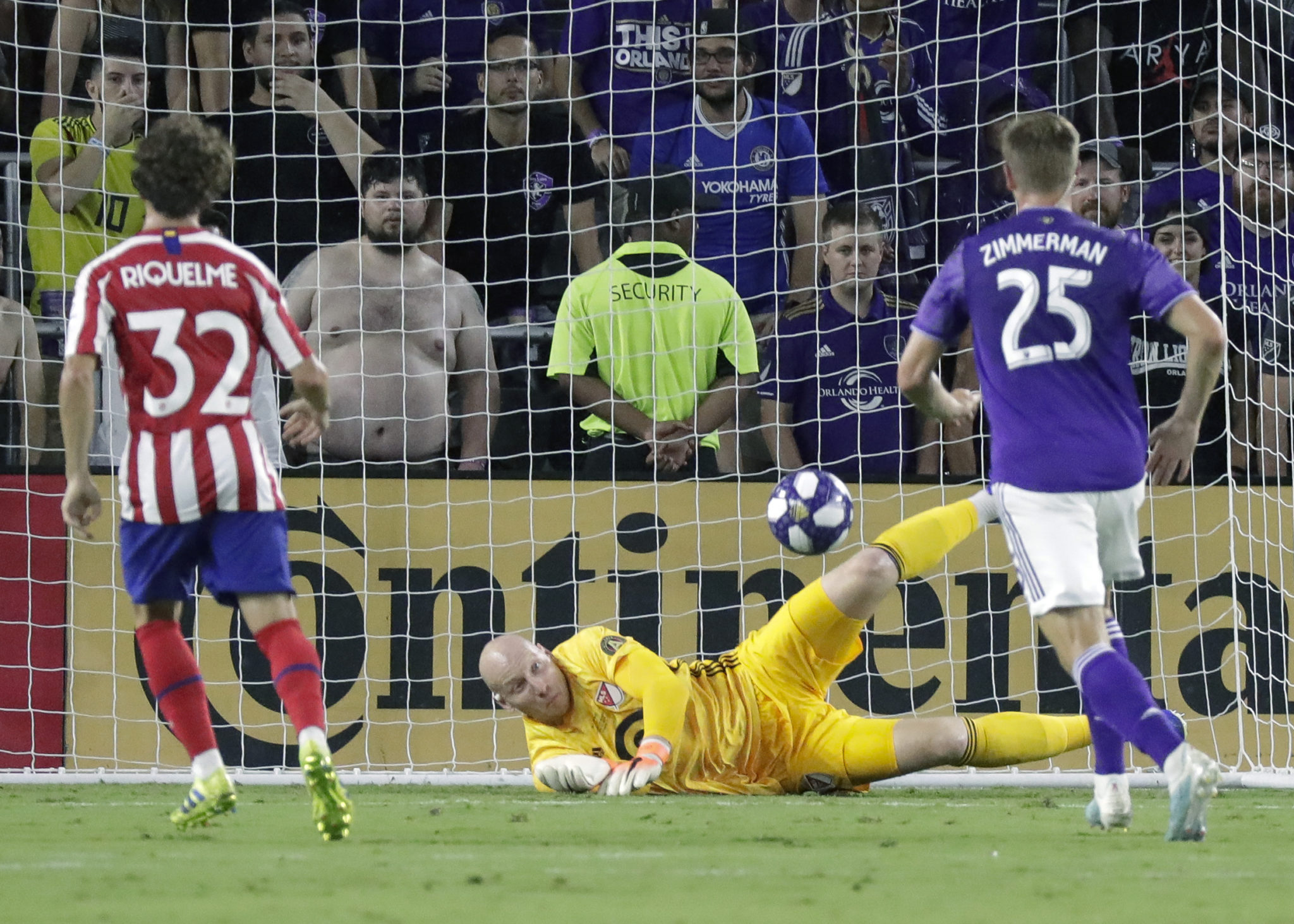 The loss was the fourth straight for MLS in its annual All-Star game, which matches the league’s top players against international competition.

Atletico coach Diego Simeone felt the game was much closer than the final score.

“It was an interesting game. It was competitive,” Simeone said through an interpreter. “In the second half, we were able to do things that allowed us to win.”

Llorente scored in the 43rd minute and Feliz and Costa came off the bench to score late goals in the rain-delayed match away before a sellout crowd of 25,527.

“The league has grown each day. The league will continue to grow,” Simeone said. “In the second half, we saw a dynamic MLS team that could have hurt us.”

The MLS’s best have faced international opponents 16 times in the All-Star Game. The past two years, Italian powerhouse Juventus and Spain’s Real Madrid won on penalty kicks after the teams played to 1-1 draws through 90 minutes.

Wednesday night’s match at Exploria Stadium — a 25,500-seat, soccer-specific facility that opened two years ago — culminated a week of related events thrusting Orlando into the soccer spotlight. The city also hosted the MLS All-Star game in 1998, attracting a crowd of 34,416 to the Florida Citrus Bowl.

“It gives a great representation of the league,” said Orlando City’s James O’Connor, who coached the MLS All-Stars. “It’s a challenge for some of the young players to test themselves against some of the best players in the world. I think we have some of the best players in the world in the league. When you look at the quality of the play from a few of the individuals tonight, there were some exemplary pieces and passages of play from both teams. I thought it was a very entertaining game.”

Heavy rain sent fans scurrying for cover about an hour before the scheduled kickoff, which was delayed 34 minutes, and the showers continued for much of the match. Atletico controlled the tempo, outshooting MLS 12-1 in the opening half — with D.C. United’s Wayne Rooney getting off the All-Stars’ only attempt — a right-footed shot from outside the box that sailed over the top of the net in the 26th minute.

Llorente scored off a nifty pass from Rodrigo Riquelme, a 19-year-old midfielder who delivered the ball off his heel. Llorente finished with a shot that deflected off the hand of diving goalkeeper Andre Blake of the Philadelphia Union.

MLS had a couple of scoring chances early in the second half, however LAFC’s Diego Rossi misfired on a right-footed shot from the left side of the net in the 47th minute and Atletico starting goalkeeper Antonio Adan made his only save when Seattle’s Nicolas Loderio tried to score from the same area in the 55th minute. Atlanta’s Ezequiel Barco was rejected on a free kick in the 80th minute and another opportunity ended with Chicago Bastian Schweinsteiger’s shot on a direct free kick veering just right of the net in the 82nd.

Atletico put it out of reach in the closing minute with Felix scoring in the 85th minute and Costa in the 93rd.

“The first half I thought we had probably a 15-minute spell where we looked and played with danger. It looked like we were going to get control of the game,” O’Connor said. “For me, the second half, the passages, the play, there were some good opportunities.”