The 2014 Super Bowl champ is also part of a group working to bring the NBA back to Seattle and he has invested in an effort to bring MLB baseball to Portland. 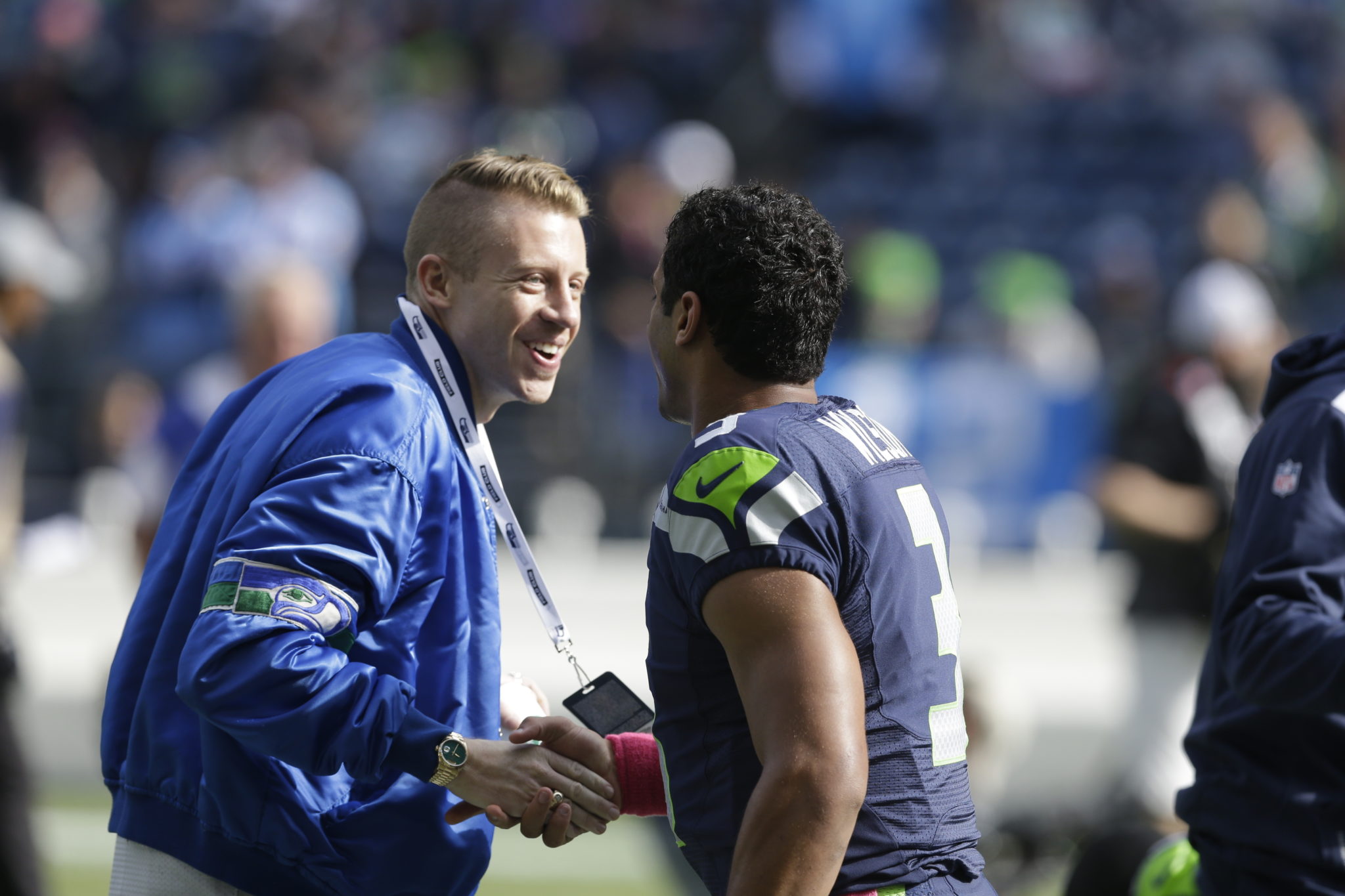 Other investors are also coming aboard while current majority owner Adrian Hanauer is increasing his investment stake in the club. Hollywood producer Joe Roth, who helped bring the MLS to Seattle, is leaving the franchise.

Wilson has been attempting to get into sports ownership. He was previously a partner in an effort to build a new basketball arena in Seattle and has also been part of the project in Portland, Oregon, to build a baseball stadium in the hopes of luring an MLB team to the city.


“When I got here in 2012, Seattle was a place that I felt I could call home forever. And obviously because of the Seahawks, and now because of the Sounders, it makes that really come to life,” Wilson said in a statement. “We’re really excited about building that winning culture. This city is a special place. The Pacific Northwest is a place we love and we get to raise our kids here and have a lot of fun while doing it.”

While the addition of Wilson and Macklemore will grab attention, other new additions to the ownership group have deep ties to Microsoft. Nadella is the most notable, but former Microsoft executive Terry Myerson and his wife, Katie, are the leaders of the new investment group.

“He quickly put together this rock star, literally and figuratively, group of owners and I had known several of them over time and met some new ones, and I guess it was humbling to know how much passion there was, how much connection there was to the club that we all have built together,” Hanauer said. “People were enthusiastic for all the right reasons.”

In a lengthy post on social media , Myerson described the process of starting to bring new investors together more than a year ago. Pulling together 11 families and finalizing the purchase took longer than anyone expected.

“What motivated so many of us to come together was to make sure the Sounders were owned here in Seattle for our kids and for our community,” Myerson said.


Hanauer previously had a 35% stake in the franchise with Roth holding 32.5%, Vulcan Sports and Entertainment — headed by the late Paul Allen — holding 25% and actor Drew Carey holding 7.5%. Hanauer and Carey have upped their investment in the franchise, although Hanauer declined to specify by how much. The new owners have picked up the remainder of Roth’s investment. While the new investors are important, Hanauer made it clear the new structure didn’t immediately mean the club was flush with new money.

“The new money comes in the form of continuing to run a better and better business,” Hanauer said.

Roth spearheaded the effort that led to Seattle being awarded an MLS expansion franchise in 2007. He served as the majority owner for several years before Hanauer took over the majority share. There had been rumblings Roth was looking to sell his share of the franchise.

“When MLS gave me permission to look at the Pacific Northwest to start a soccer franchise, there was no question that Seattle was the place,” Roth said. “The last ten years watching our Sounders grow with their incredible fan support beat any hit movie I ever created.”