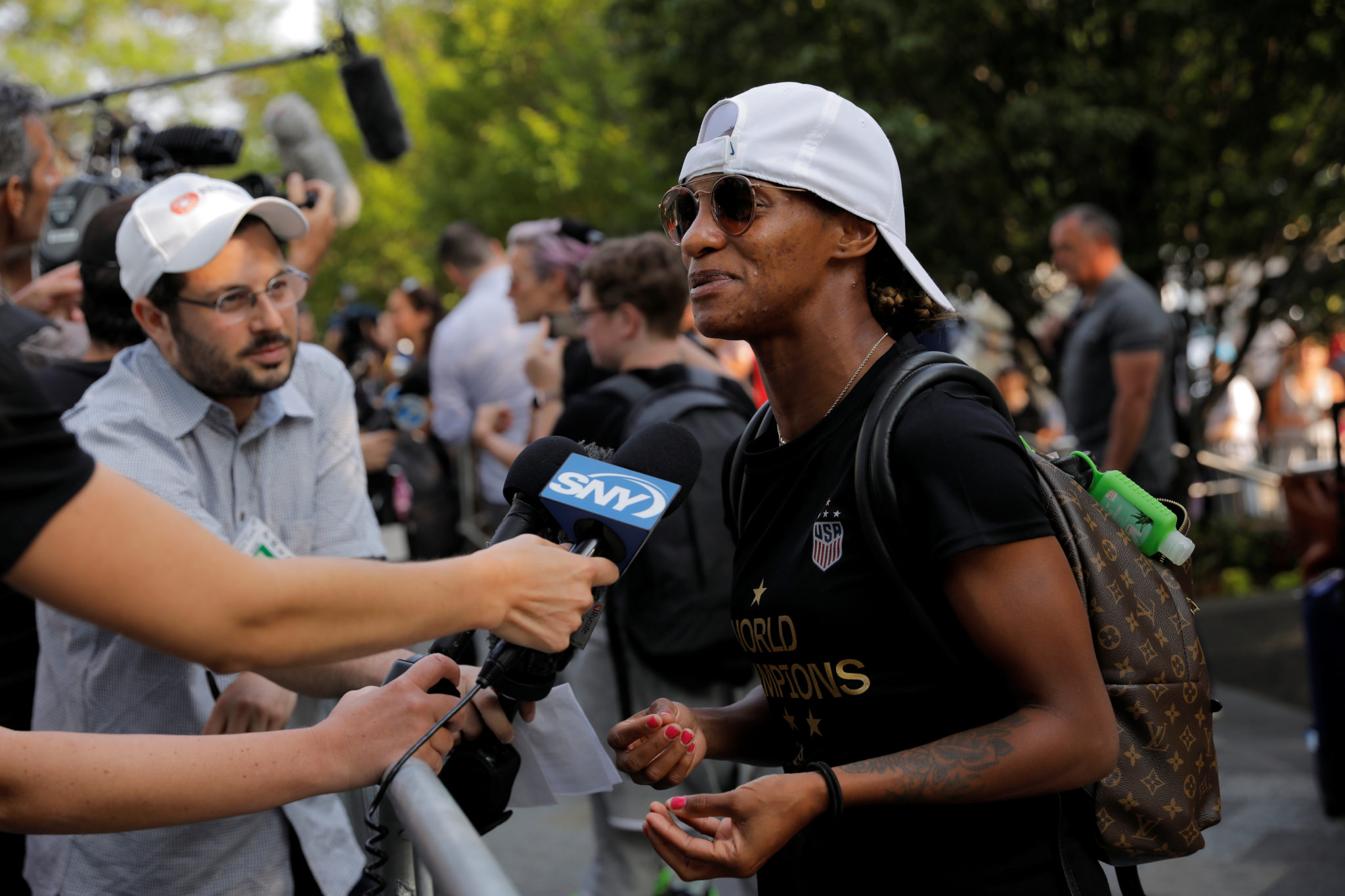 Newly-crowned MVP Kerr looms large over the clash as the Australian three-times league Golden Boot winner aims to lead her Chicago team to their first title.

“When she’s on the ball, she’s obviously dangerous,” Dunn told reporters on Saturday. “We have to go out there and not be fearful, just go out and kind of play our game, and obviously mindful of where she is at all times on the pitch.”

Kerr, who broke the NWSL record this year for most goals in the regular season, is known for her energetic attacking play and ability to find and exploit openings.


But the forward faces a big challenge to help her team defeat the Courage, who are the defending champions and will be backed by a hometown crowd on Sunday.

Playing in their third straight championship match since relocating from Western New York, the North Carolina team will stick to their usual strategy according to Dunn, a standout player on the World Cup-winning U.S. national side.

“This team every single season goes out with one goal and that’s just to improve every game and get better,” said Dunn.

“Even if there’s a game that, you know, the result doesn’t fall in our way, I think we’re chasing good performances, rather than results.

“Obviously now being in a final, we want the result.”