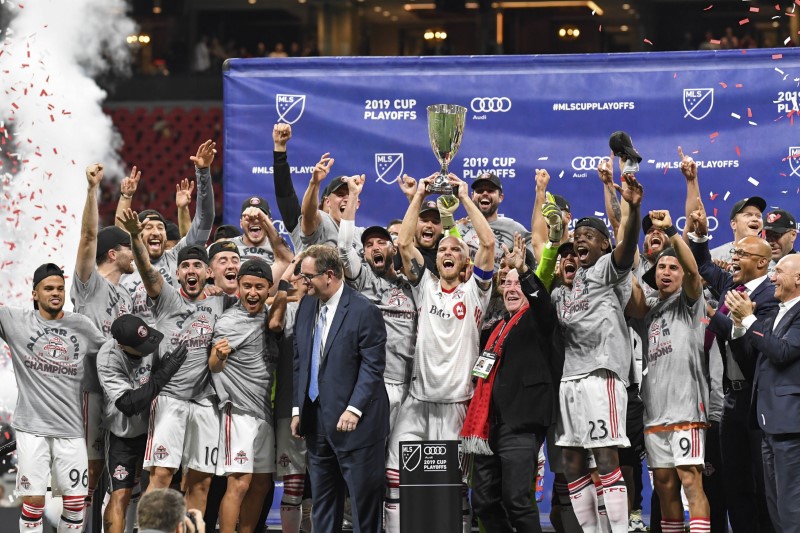 Toronto FC have transformed into road warriors in the playoffs and that could bode well for the Canadian side as they prepare to visit Seattle Sounders for one of the league’s scariest assignments in Sunday’s MLS Cup.

A sellout crowd of 69,000 will watch Major League Soccer’s championship game and the home fans routinely make it tough for visiting players to remain dialed in throughout a match.

Toronto, however, are no strangers to winning big games on the road.

“Hostile environments are the best when it comes to being a soccer player. This is what you dream of,” Toronto goalkeeper Quentin Westberg told reporters on Thursday before the team left for Seattle.


After opening the playoffs at home, Toronto hit the road and beat top-seeded New York City FC before upsetting defending champions Atlanta United, whose fans make their stadium the most intimidating in the MLS.

Westberg, who against Atlanta saved an 11th-minute penalty kick and made big stops in the second half, says no amount of crowd noise will keep his team from sticking to their style of play.

“We have so many patterns, we have so much time spent together that we don’t need a whole lot to communicate and we understand each other so let’s just embrace the crowd.”

Sunday’s game will mark the third time in the past four seasons that Toronto play Seattle in the MLS Cup. The teams split the meetings in 2016 and 2017, both played in Canada.

Toronto head coach Greg knows the energy of a raucous crowd can make it challenging for a home side to stick to their gameplan.

“The home team sometimes feels the onus to try to be a little more aggressive to bring the energy level of the stadium into the game,” said Vanney.

“From our perspective the fans can’t win games. What they can do is give support to their team and all that kind of stuff but I have never seen a fan score a goal or make a tackle.”