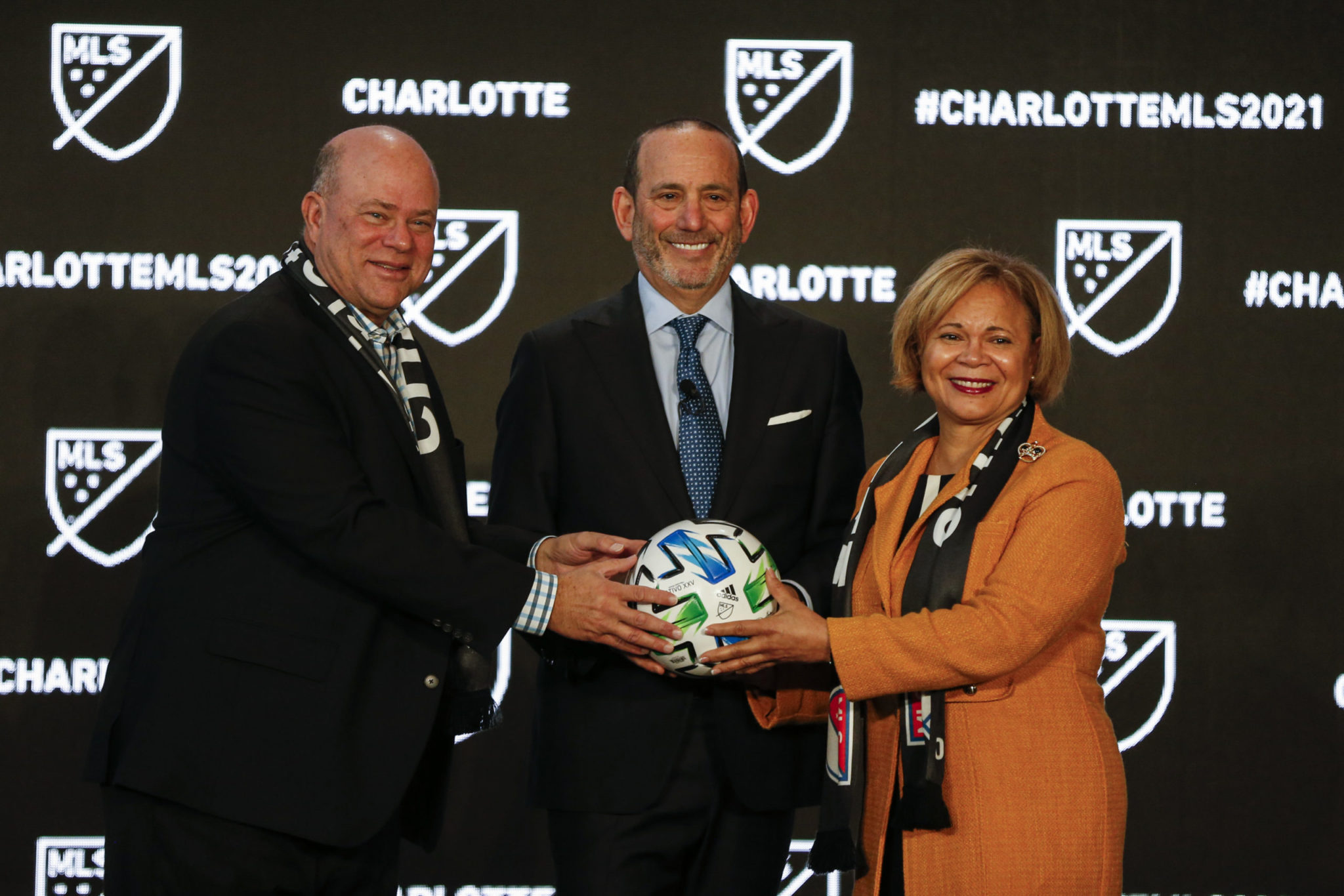 Charlotte became Major League Soccer’s newest team on Tuesday as the rapidly-expanding league added a 30th franchise who will begin playing in 2021.

“We are thrilled to welcome Charlotte as Major League Soccer’s 30th club,” said MLS commissioner Don Garber in a statement.

“During the last two decades, Charlotte has experienced enormous energy and growth, which matches soccer’s explosive rise in popularity in the United States.

“We are pleased to add David Tepper to our ownership group and look forward to working with him and his entire organization to launch Major League Soccer in the Carolinas in 2021.”


While the cost of a franchise fee was not announced, Tepper, the billionaire owner of the Carolina Panthers, is reported to have paid $200 million to join the growing league.

Miami and Nashville will begin playing next year. Austin, Texas, will start in 2021 along with Charlotte, and Sacramento and St. Louis in 2022.

Founded in 1993 with play beginning three seasons later with 10 teams, MLS currently boasts 24 clubs in the United States and Canada.

Charlotte will play their games at Bank of America Stadium, home of the Panthers, which will undergo extensive renovations to make the venue more soccer friendly.


The area has shown an appetite for top-flight soccer with more than 69,000 fans attending a 2014 match between Liverpool and AC Milan while a CONCACAF Gold Cup doubleheader in June drew nearly 60,000 fans for games featuring Mexico, Canada, Cuba and Martinique.

Tepper told a news conference that the club, that has yet to announce its name, has every intention of immediately challenging for an MLS Cup.

“We’re going to have one big party all season long,” said Tepper, who at one point during his announcement broke into song, to the delight of the crowd. “Every game a party.

“I’ve made clear for a long time that I have two goals as a team owner: sustained winning on the field and making a difference in the community.

“These will be our goals with Charlotte’s MLS team, and the work begins today.”