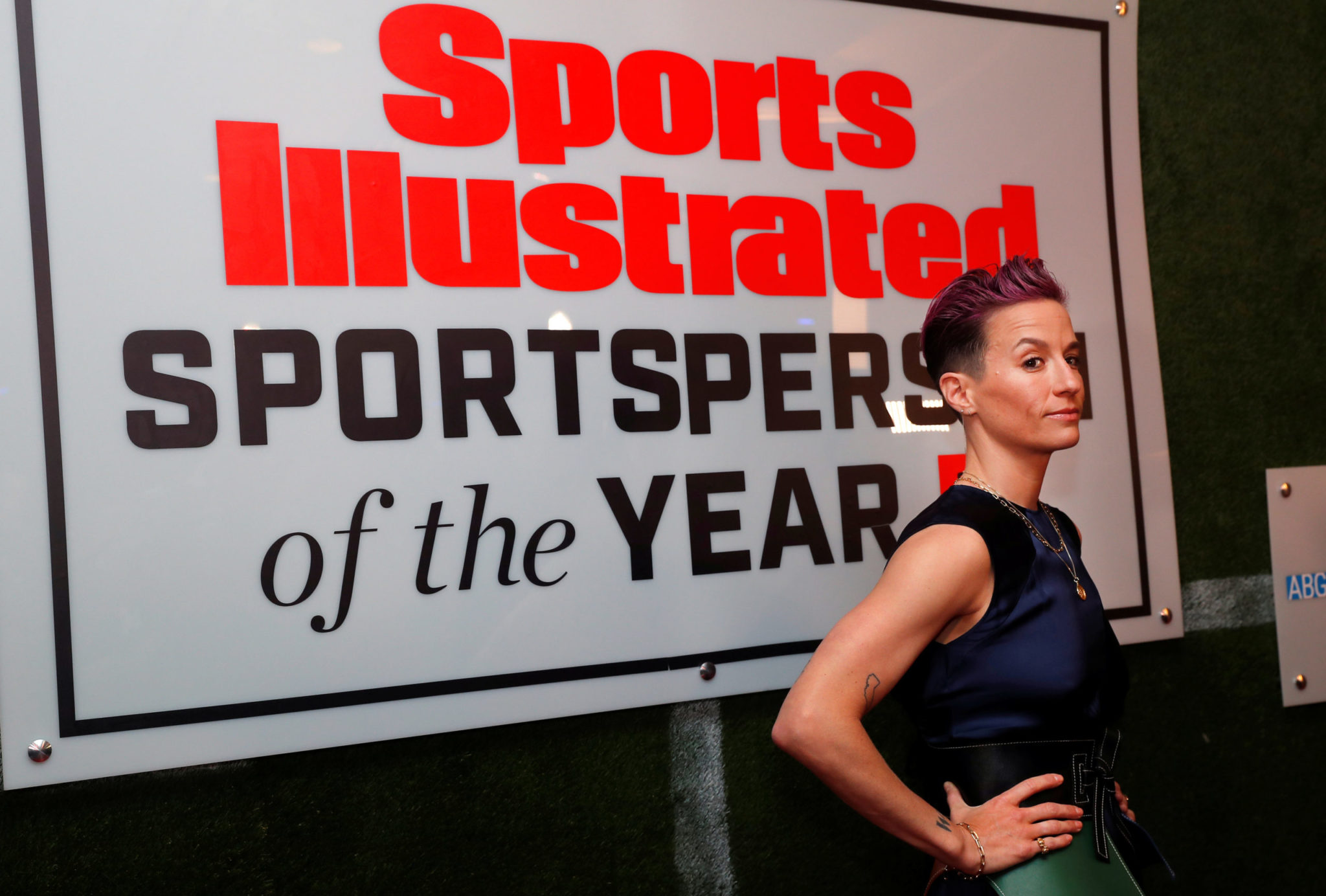 Megan Rapinoe collected another accolade in a stellar year by claiming Sports Illustrated’s Sportsperson of the Year honor on Monday for her performance on the U.S. women’s World Cup-winning soccer team and for her campaigning off the field.

Rapinoe rocketed to household fame this year, taking home the Golden Boot and Golden Ball from the World Cup as top scorer and best player, as the U.S. retained the trophy and on the way became advocates for gender pay equity in sport.

The midfielder also picked up the prestigious Ballon d’Or award for the world’s best female player.


“Choosing Megan as the Sportsperson of the Year was an easy decision,” Sports Illustrated’s co-editor in chief Steve Cannella said in a statement.

“She is a force of nature on and off the field, a trailblazing soccer player who also proves every day how large and loud a voice a socially conscious athlete can have in 2019.”

The 34-year-old Californian and her team mates sued the U.S. soccer governing body in March for gender discrimination, arguing they had been paid less than the men’s squad and were provided inferior working conditions.

Mediation between the two parties fell apart in August, leaving a cloud over the team’s Olympic preparations with a trial date in looming in May.

They face qualifying matches for the 2020 Tokyo Games beginning next month, in a fight for redemption after a disappointing showing at the Rio Games.

Sports Illustrated previously gave the Sportsperson of the Year prize to the 1999 U.S. women’s national team, who won the World Cup, but Rapinoe is the first individual soccer player to receive the honor since the award was first given out in 1954.