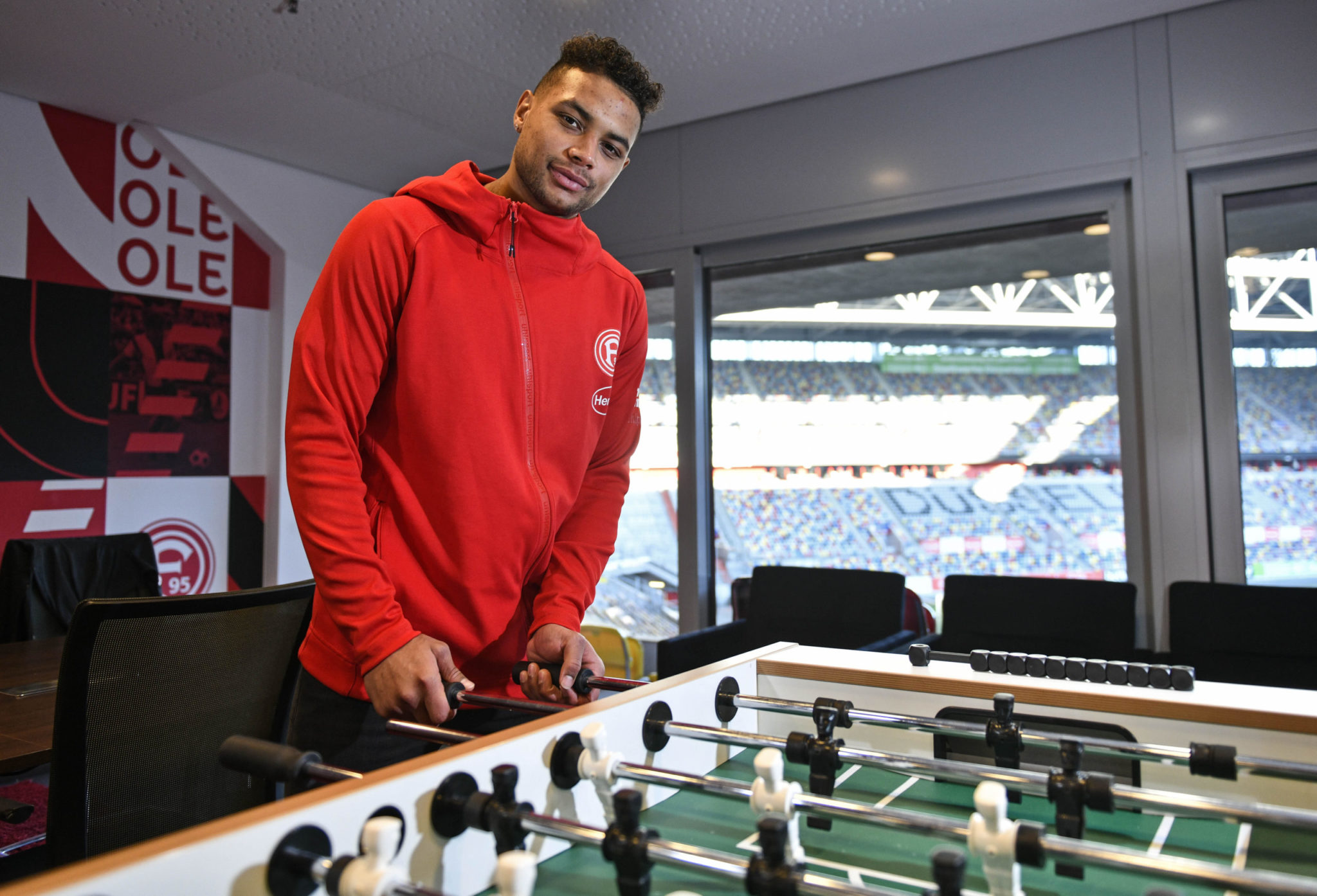 Zack Steffen is the new Tim Howard. Sort of.

The United States national team goalkeeper admired Howard growing up and now he’s being mentored by him in Europe.

It’s been a breakout year for Steffen, who signed for Manchester City in July for a record transfer fee for an MLS goalkeeper, then was loaned to Fortuna Düsseldorf and earned the starting job.

Any up-and-coming U.S. goalkeeper is going to be compared to a string of outstanding predecessors, including Brad Friedel, Kasey Keller and Howard, whose 121 international games is the U.S. record. Steffen chose the No. 24 when he came to Fortuna. Sure, the No. 1 shirt was taken, but 24 was Howard’s number with Premier League club Everton when Steffen was growing up.

“He was massive for me. I mean he’s the one that really showed me that I could go over there, obviously come over to Europe and play,” Steffen said. “Tim Howard, he was athletic. He was quick. He was like a cat in goal. And I loved to watch him.”


Steffen is in regular contact with Howard, whose last match for the U.S. was the crushing loss at Trinidad and Tobago two years ago and who retired in October following the end of the Major League Soccer season.

“We’ve been in contact and he’s offered to give me advice and kind of be a mentor for me whenever I need it, which is awesome,” Steffen said.

Fighting relegation from the Bundesliga, Fortuna offers Steffen plenty of chances to show what he can do. He’s made 59 saves so far this season, the second-most of anyone in the league.

Sometimes those saves can win Fortuna a game. Steffen was widely praised for 10 saves as Fortuna beat Werder Bremen in his first game in August. Sometimes they are just damage limitation. Fortuna has lost to Bayern Munich 4-0 and to Borussia Dortmund 5-0.

“We get a lot of shots,” he said, but adds that he is also trying to start more attacks. “I’d say I’m a good shot stopper, but we like to live on the counter. So I’m trying to improve my game in that, and seeing where I need to put the ball when I get the ball.”

Right now — keep gaining attention at Fortuna. Next season — get into the squad at Man City, where Ederson is the starter and Claudio Bravo the primary backup. Long-term — success with the U.S. national team on home soil at the 2026 World Cup.

Steffen will be 31 and hopefully at his peak when that tournament comes around.

Hosting the World Cup with Canada and Mexico will be an “amazing opportunity” to grow soccer in the United States, said Steffen, who grew up watching any men’s or women’s national team games he could.

As the U.S. rebuilds after failing to qualify for the 2018 World Cup, Steffen has seized his moment. He made the first of his 16 appearances in January 2018 in a friendly against Bosnia and Herzegovina, and has captained the team twice this year.


“There’s definitely a sense of starting over. It’s a whole new coaching staff. And for a lot of the guys, it’s a whole new way to play the sport,” Steffen said. “It’s just kind of getting to know each other, getting to know what that person is going to do on the ball, off the ball. Becoming one, becoming a team and really just finding who we are as a team. And that takes time.”

The national team reunites Steffen with coach Gregg Berhalter after the two worked together at the Columbus Crew. Steffen credits Berhalter with making him more comfortable playing with the ball at his feet.

“He’s really grown my game in those ways,” Steffen said.

Born in Coatesville, Pennsylvania, Steffen committed to soccer relatively late by European standards, in high school, after years as a three-sport athlete who also played baseball and basketball.

That versatility means “different movements and the kind of natural abilities that soccer sometimes just can’t give you,” he said. He wonders whether that multi-sport tradition in the U.S. is why the country has produced such a lineage of talented goalkeepers.

At club level, Steffen’s path is still unclear. Bravo’s contract is due to expire at the end of the season and City’s No. 3 keeper, Scott Carson, is on loan from Derby.

If Steffen can break into the Premier League, he would again be following Howard, who started with Manchester United before a stellar decade at Everton. Steffen said he’s in close contact with City’s goalkeeping coaches.

“They’re proud of what I’m doing and happy with me so far,” Steffen said. “They want me to keep going and we’ll see what happens at the end of the season.”