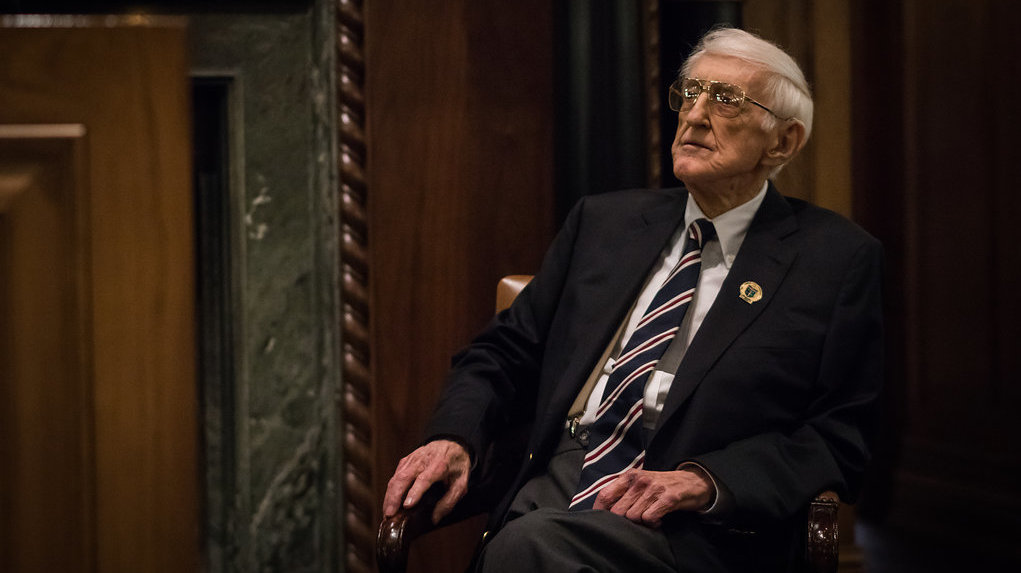 Dan Jenkins, who specialized in covering golf and football on the pages of Sports Illustrated and in making readers laugh with satirical sports novels such as “Semi-Tough” and “Dead Solid Perfect,” has died at the age of 89.

Jenkins’ literary agent, Esther Newberg, told Reuters in an email on Friday that Jenkins’ death on Thursday was a result of him falling and breaking his hip last week at his home in Fort Worth, Texas.

Jenkins was closely associated with Texas Christian University, and Jeremiah Donati, the school’s intercollegiate athletics director, said he was saddened to hear of the sports writer’s death.

“Dan was one of the all-time greatest sport writers and was a proud Fort Worth native,” Donati said in a tweet. “We were blessed to have him in the Horned Frog family.”

Jenkins, born on Dec. 2, 1929, grew up loving golf and wanting to be a journalist. He started at his hometown newspaper, the Fort Worth Press, while still attending Texas Christian University in 1948. Two of the best golfers in history – Byron Nelson and Ben Hogan – also were from Fort Worth and Jenkins reveled in covering them. He often played with Hogan and considered him the game’s greatest player.

Jenkins did not hold modern golfers in such esteem, especially Tiger Woods, the game’s dominant figure starting in the late 1990s.

Jenkins had long complained that Woods would not grant him an interview, and the two feuded in 2014 after Jenkins wrote a parody of an interview for Golf Digest. The piece portrayed Woods as a callous cheapskate who enjoyed firing members of his entourage.

The book shredded the heroic cliches of most sports stories in favor of wicked satire that managed to be funny, insightful and politically incorrect all at the same time. It was ranked No. 7 on Sports Illustrated’s list of the 100 best sports books in 2002.

What “Semi-Tough” did for pro football, “Dead Solid Perfect” did for golf in 1974 as marginal player Kenny Lee Puckett tried to steal the U.S. Open from self-serving rivals while dealing with a cheating wife.

“Dan Jenkins is the nearest thing to Ring Lardner this generation has ever seen,” the Los Angeles Times said in a “Dead Solid Perfect” review. “No one has captured the essential lunacy of the 20th-century sports (and TV) scene as accurately and hilariously as this.”

Jenkins’ other novels included “The Franchise Babe,” “Baja Oklahoma,” “Slim and None,” “You Gotta Play Hurt,” “Life Its Ownself: The Semi-Tougher Adventures of Billy Clyde Puckett and Them,” “The Money-Whipped Steer-Job Three-Jack Give-Up Artist” and “Stick a Fork in Me,” which was published in 2017. He also wrote several non-fiction golf books, including “Jenkins at the Majors” and “You Call It Sports but I Say It’s a Jungle Out There.”

“I’ve never considered myself a novelist even though I’ve written a number of books and happily made some money,” he told the Augusta, Georgia, Chronicle. “I’ve always considered myself a journalist first or a sports writer first and always will. That’s the business I’ve loved. It’s the only thing I ever wanted to do.”

Jenkins started at Sports Illustrated in 1962 where, due to the success of “Semi-Tough,” his portfolio was eventually expanded to include the NFL even though he did not enjoy the pro game nearly as much as college football or golf.

Jenkins was inducted into the World Golf Hall of Fame in 2012. He had plenty of complaints about the modern golf game and could be quite acerbic in enumerating them.

He said overly generous corporate sponsors had hurt the game and in a 2001 interview with Golf Digest he called contemporary golfers “rich spoiled brats.” Advances in equipment and immaculately maintained courses had made the game too easy, Jenkins said.

His critics claimed he was too sentimental about a bygone era – and Jenkins agreed.

Jenkins did respect Woods’ game, telling Golf Digest he had advantages over even Hogan and Jack Nicklaus. The only things that could stop Woods, Jenkins said, were an injury or a bad marriage – prophesying the 2007 knee surgery and the 2009 adultery scandal that sent Woods’ career spiraling downward.

Jenkins still was writing a column for Golf Digest in his 80s. In 2017, Texas Christian announced that it was naming the pressbox in its football stadium in his honor.