LSU-Alabama a ratings winner for CBS over the weekend 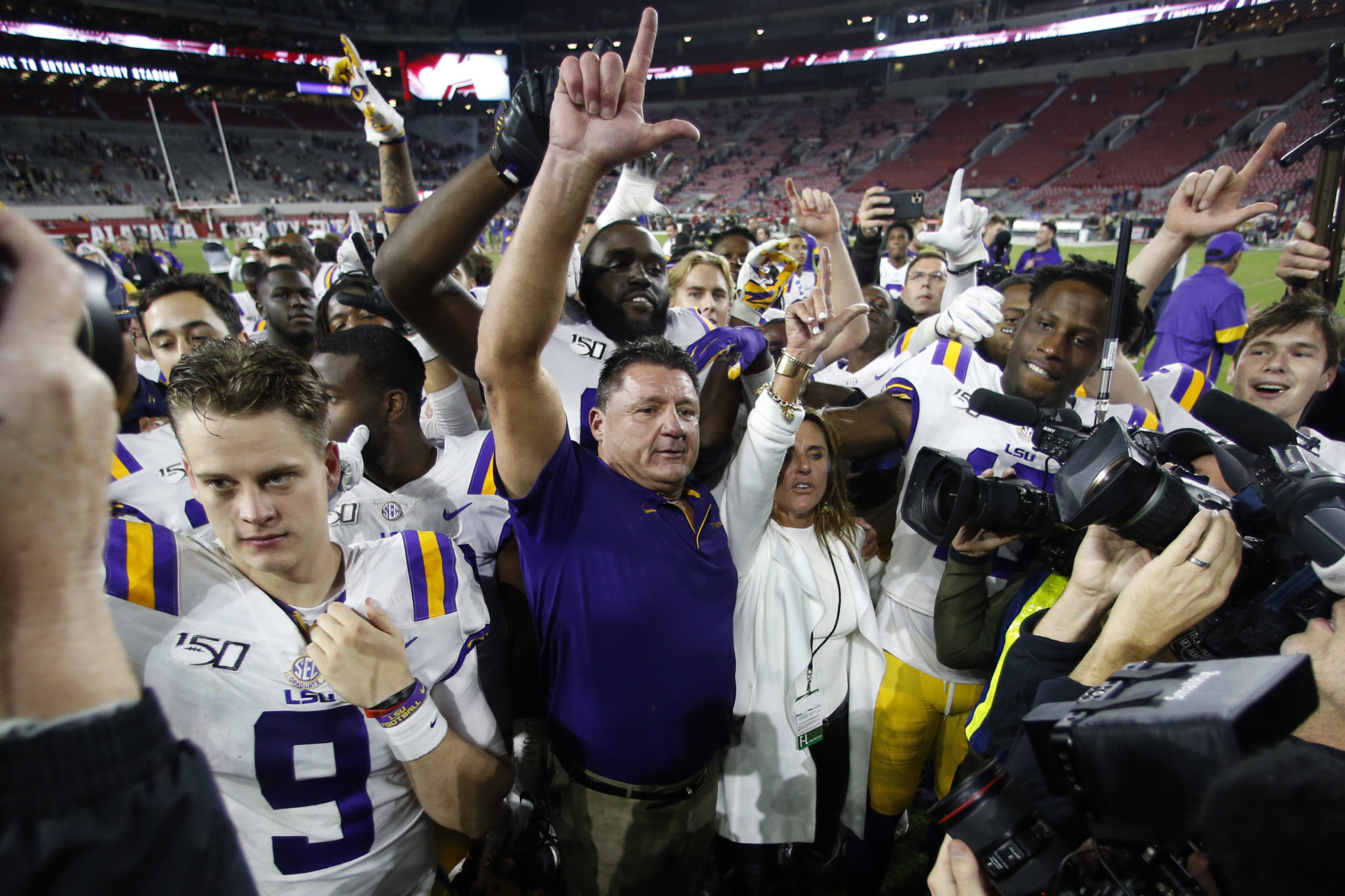 Television viewers flocked to the showdown between LSU and Alabama over the weekend, making it the top-rated regular season college football game in eight years.

Similarly, the 6.7 million people who watched Minnesota beat Penn State earlier in the day was a winner for ABC. It was the network’s biggest audience for a noon college football game in three years. It was particularly appealing to Minnesota fans; the rating for the game was the highest in Minneapolis of any college game since at least 2000, when the market ratings became available, Nielsen said.


A different form of combat helped ABC’s “The View” this week. The shout fest that ensued when Donald Trump Jr. came on the show to promote his new book gave the show its biggest audience in six months when former Vice President Joe Biden appeared.

ESPN was the week’s most popular cable network, averaging 3.06 million viewers in prime time. Fox News Channel had 2.59 million, MSNBC had 1.89 million, Hallmark had 1.54 million and History had 1.01 million.

ABC’s “World News Tonight” topped the evening newscasts with an average of 9 million viewers. NBC’s “Nightly News” was second with 8.2 million and the “CBS Evening News” had 5.7 million viewers.

David Bauder is a reporter for The Associated Press.