Stephen Strasburg is happy to be ‘a National for life’ 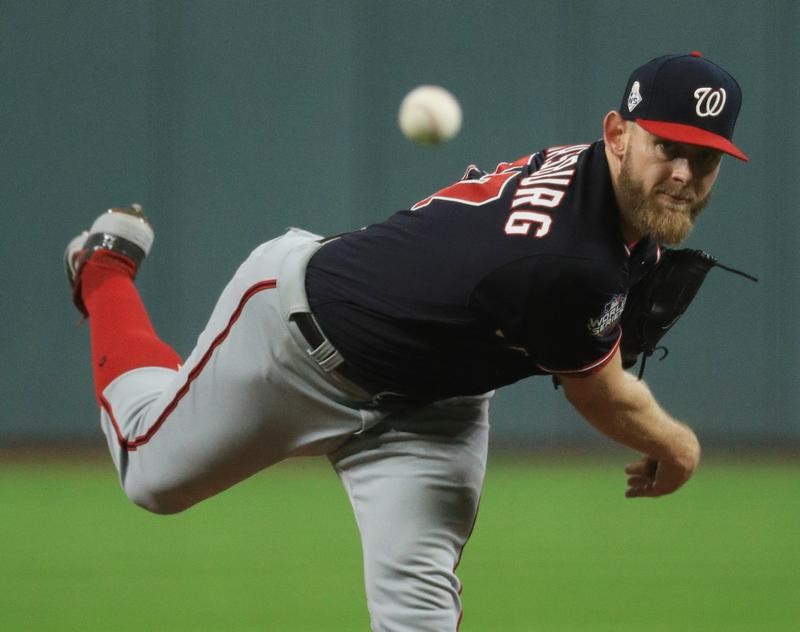 Sure, Stephen Strasburg received a seven-year, $245 million deal to stick with the Washington Nationals. But there really was another heavy factor on his mind.

Strasburg thought about what it would be like to pitch for another franchise, but he kept thinking about his boyhood idol and college coach Tony Gwynn. The eight-time batting champion and Hall of Famer played his entire career for the San Diego Padres.

Gwynn’s path appealed to Strasburg and was no small factor in helping lead the World Series MVP back to the Nationals.


“It’s really hard to come by in this game,” Strasburg said during a press conference in Washington on Tuesday. “When you’re given an opportunity to be in one spot and grow as a person and a player, to be a part of an organization like this, you can’t really let those opportunities go by.

“It’s great for me to say that I am going to be a National for life.”

Strasburg has been with the organization since being selected as the first overall pick in the 2009 draft out of San Diego State. The right-hander is a three-time All-Star and he recorded career highs in wins (18) and strikeouts (251) this past season.

But he stepped it up another level in the postseason as the Nationals won the franchise’s first title. Strasburg went 5-0 with a 1.98 ERA in six games (five starts) and won both Game 2 and Game 6 of the World Series against the Houston Astros.

Rizzo expressed publicly that there wasn’t enough cash to retain both Strasburg and third baseman Anthony Rendon (who later signed with the Los Angeles Angels) and just let things play out.


“You play the ‘what if?’ game,” Rizzo said at the press conference. “We had options A, B, C. You have to have multiple layers and multiple different ideas and opportunities and options to fall back on if you don’t get your primary target. It’s a little bit nerve-wracking, but we felt confident throughout the process that Stephen wanted to be here, we wanted him here and it was just kind of getting to the bottom line.”

Strasburg owns a 112-58 record with a 3.17 ERA in 239 career starts with Washington and now he can envision finishing his career with the organization. He is signed through the 2026 campaign and ready to be that rare player that spends his whole career with one team.

“For me, baseball is a very important part, but at the end of the day, it’s what type of person, what type of man I am,” Strasburg said. “That’s the kind of legacy I want to leave.”