Teenager Andreescu hailed for play, poise ahead of US Open 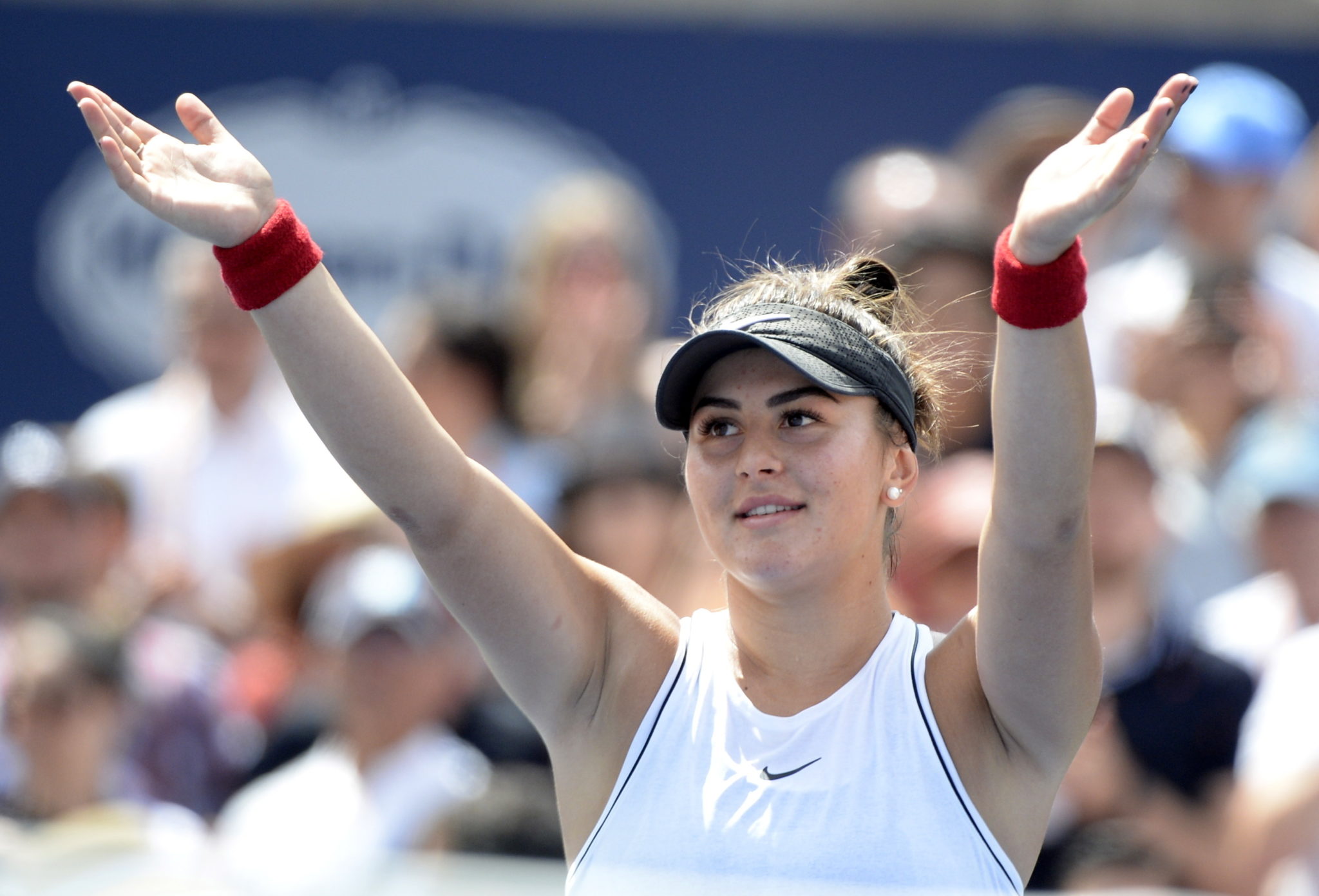 TORONTO — Current and former players are praising teenager Bianca Andreescu of Canada — not only for winning her third title of the year and first on home soil, but for the gracious way she handled a surprise retirement by Serena Williams.

Andreescu won the Rogers Cup in Toronto on Sunday after an emotional Williams said she could not continue in the final because of back spasms.

Williams’ decision initially caught Andreescu off guard, but the younger player quickly went over to console the 37-year-old American star.

“I’m a pretty outgoing person and I felt like I knew what to say at that moment because I knew exactly how she felt because of what I’ve been through the last couple of months with my shoulder and even last year with my back,” the 19-year-old Andreescu said Monday in a phone interview with The Canadian Press.


Williams called Andreescu an “old soul” and a “great sportswoman.” Those words meant a lot to Andreescu, who grew up idolizing the 23-time Grand Slam champion.

“I’ve watched (Williams) play my whole life,” she said. “She’s a champion and she’s an inspiration on and off the court. So having those words come out of her mouth about me is pretty damn awesome.”

Many others were quick to offer words of approval, including Canadian Prime Minister Justin Trudeau, who called Andreescu “an inspiration to players across Canada” in a tweet.

“Today you showed tennis fans what sportsmanship is all about,” he wrote on Sunday.

Tennis icon Billie Jean King, famous for pushing for women’s equality in the sport, also joined the cheers on social media, saying Andreescu showed “a level of maturity well beyond her years.”

“This is how women should treat each other. Her empathy and support for Serena were admirable. Competitors and women supporting women!” King tweeted.

The win moved Andreescu to 14th in the rankings. She has a 38-5 record this season, including titles at Newport Beach and Indian Wells, and Sunday’s win was her 17th straight in matches that have been completed. She has withdrawn or retired twice during that span because of injury.

She’ll take that hot streak into the U.S. Open, which starts Aug. 26. She withdrew from this week’s Western & Southern Open at Cincinnati to give herself time to recover after dealing with shoulder and groin injuries this year.

“At this point, after all I’ve been through with injuries, I want to listen to my body,” Andreescu said. “And my body told me to just take it easy right now and get ready for the U.S. Open.”