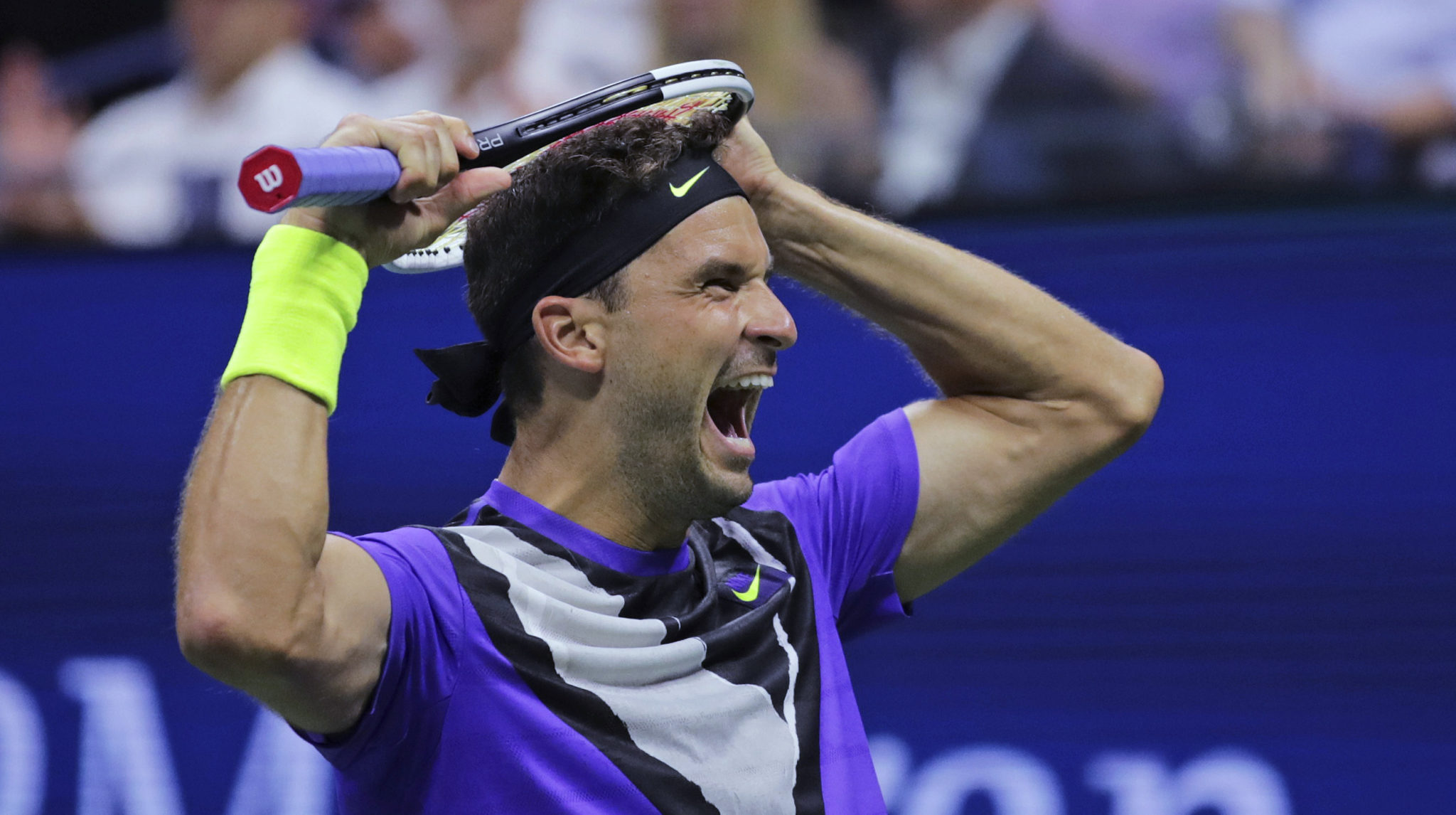 NEW YORK — Betrayed by his forehand, and maybe his body, too, Roger Federer is out of the U.S. Open.

Federer gave away a lead against a guy he’d never lost to and was beaten 3-6, 6-4, 3-6, 6-4, 6-2 by 78th-ranked Grigor Dimitrov in the quarterfinals before a stunned crowd at Arthur Ashe Stadium on Tuesday night.


Chasing a 21st Grand Slam title, and sixth at Flushing Meadows, the 38-year-old Federer took a rare-for-him medical timeout after the fourth set, leaving the court with a trainer. It was not immediately clear what might have been wrong with Federer, although he did appear to be flexing his back after some points.

When play resumed after a break of nearly 10 minutes, Federer’s form never picked up.

He kept contributing to Dimitrov’s cause, missing shots this way and that, long or wide or into the net.

The stats were staggering and showed exactly how off Federer was on this evening: 61 unforced errors, 33 on the forehand side. Compare that to his 40 total winners.

Federer had been 7-0 against Dimitrov, taking 16 of their previous 18 sets.

And Federer could have become the oldest man to reach a Grand Slam semifinal since Jimmy Connors was 39 in 1991 at the U.S. Open. He could have claimed a berth in his record 56th career major semifinal.

Instead, it is Dimitrov who will participate in a Slam final four for the third time, facing No. 5 seed Daniil Medvedev on Friday.

Medvedev has drawn plenty of attention at Flushing Meadows for the way he sarcastically thanked booing crowds, trolling them by suggesting their venom was why he kept winning. Now maybe folks will pay more attention to the 23-year-old Russian’s unusual brand of shape-shifting tennis, which carried him past three-time major champion Stan Wawrinka 7-6 (6), 6-3, 3-6, 6-1 on Tuesday despite 12 double-faults and a body that’s just short of breaking down.

Dimitrov has struggled for much of 2019, failing to even get to a quarterfinal anywhere since Week 1 of the season. And it’s been nearly 1½ years since Dimitrov reached a semifinal at any tour-level event, let alone a major.

So his ranking, as high as No. 3 a couple of years ago, is nowhere near that now. His coaches, Andre Agassi and Radek Stepanek, aren’t anywhere near Flushing Meadows, either.

They opted to stay away from the tournament. Asked why, Dimitrov hemmed and hawed.