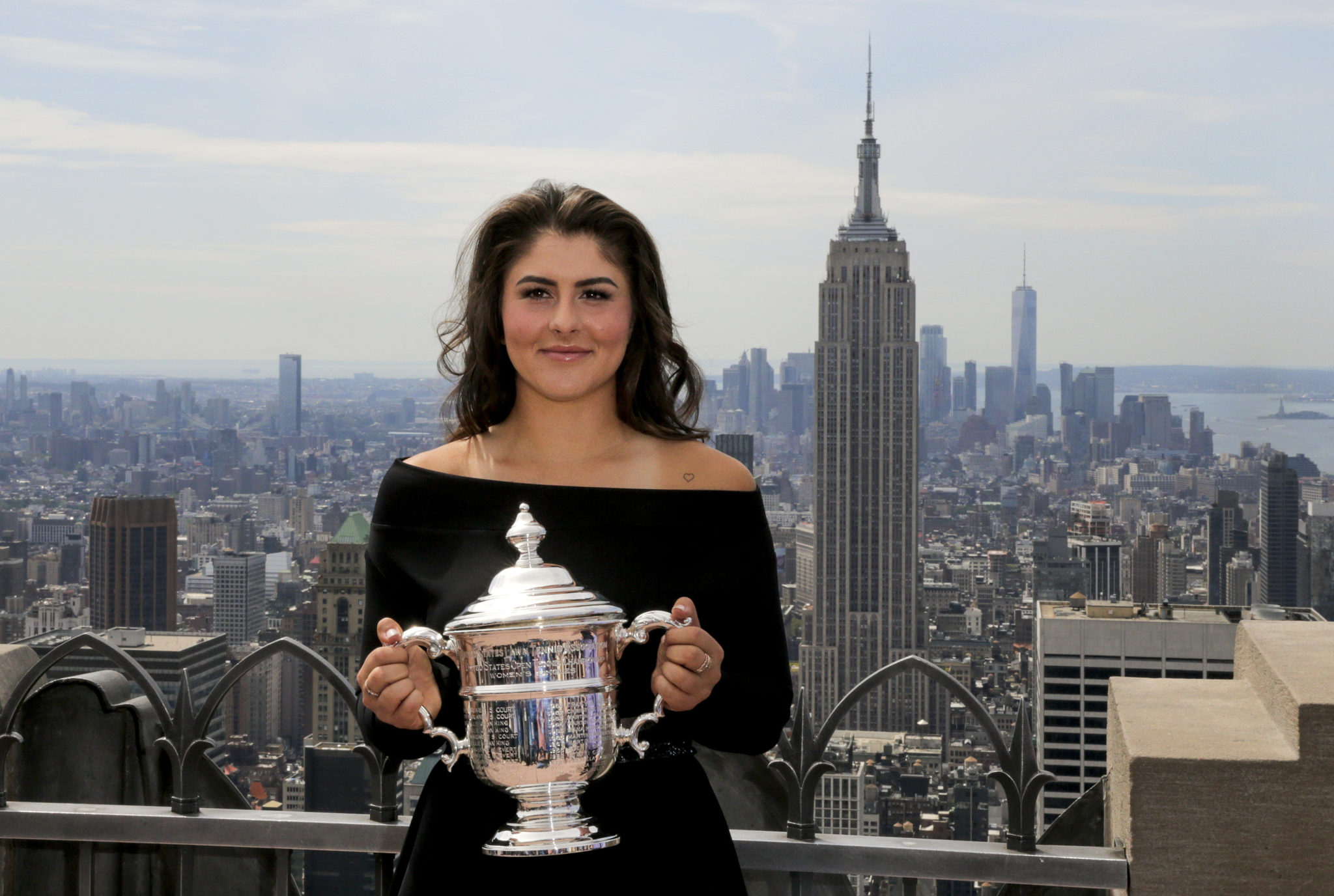 NEW YORK (AP) — U.S. Open champion Bianca Andreescu has jumped 10 spots to a career-high No. 5 in the WTA rankings, while Ash Barty has replaced Naomi Osaka at the No. 1 spot.

Andreescu’s 6-3, 7-5 victory over Serena Williams in the final at Flushing Meadows on Saturday gave the 19-year-old Canadian her first Grand Slam title and continued her quick rise from 107th at the start of this season.

Williams slid one spot from No. 8 to No. 9 on Monday after losing in the U.S. Open final for the second consecutive year.


Osaka, the 2018 champion, and Barty both lost in the fourth round. That allowed Barty to move up from No. 2, and Osaka dropped to No. 4.

Karolina Pliskova is No. 2, and Elina Svitolina is No. 3.

U.S. Open men’s champion Rafael Nadal stayed at No. 2 in the ATP rankings and closed the gap between him and No. 1 Novak Djokovic, the defending champ who exited in the fourth round.

Runner-up Daniil Medvedev is up to a personal-best No. 4 from No. 5 after reaching his first Grand Slam final.