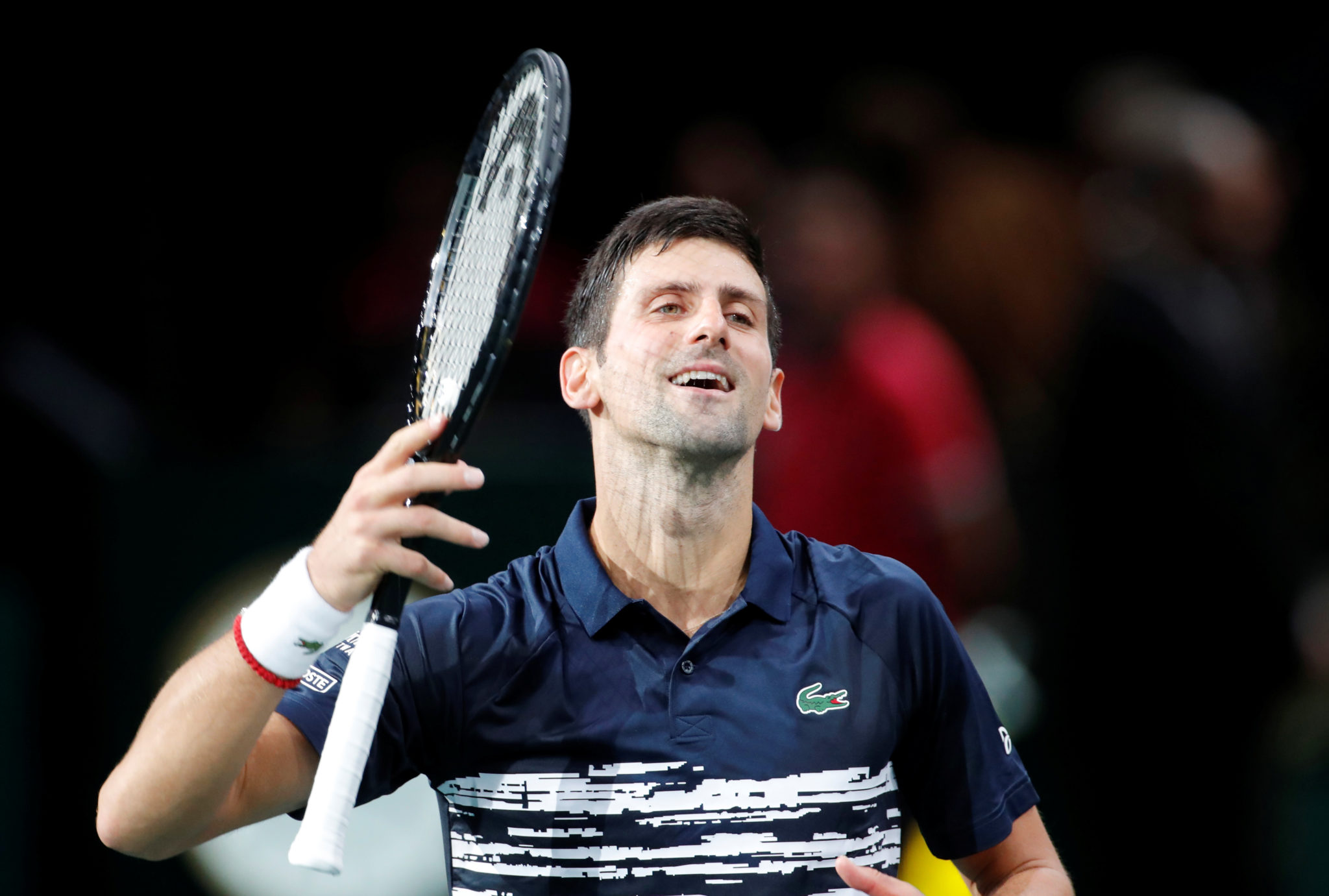 World number one Novak Djokovic recovered from a stuttering start to kick off his Paris Masters campaign with a 7-6(2) 6-4 second-round victory over French youngster Corentin Moutet on Wednesday.

The Serbian, looking to end the year at the top of the ATP rankings for a record-equalling sixth time, saved two set points before hammering his way past the 20-year-old Moutet.

World number two Rafael Nadal, who will leapfrog Djokovic in the rankings if he wins in Paris, eased past France’s Adrian Mannarino 7-5 6-4.

The Spaniard was always in control, breaking in the last game of each set to tee up a meeting with Swiss Stan Wawrinka.

Djokovic fell 5-3 behind in the opening set before rallying back to 5-5 after staving off two set points, forcing a tiebreak that he won easily.


The 16-time grand slam champion stormed through the second set to set up a meeting with Briton Kyle Edmund.

Djokovic, who said he did not feel 100 percent healthy, is focusing on his own game rather than his battle with Nadal for the rankings top spot.

“I cannot affect what Rafa does, and I can only affect my own game, my own matches,” he told a news conference.

“It depends on him but my focus is on me.”

Earlier, Fabio Fognini’s hopes of qualifying for the season-ending ATP Finals ended with a 3-6 6-3 6-3 defeat by Canada’s Denis Shapovalov.

Fognini, the 11th seed, needed to win the title at the Bercy arena to secure a spot in the Nov. 10-17 tournament featuring the top eight players of the season.

The exuberant 32-year-old made a fine start before losing focus on Court One, sending a backhand long on the unseeded Shapovalov’s first match point.

Belgian David Goffin, seeded 12th, was also eliminated from the race to London when he was beaten 7-5 6-3 by Bulgarian Grigor Dimitrov.

He also needed to win the title to qualify.


Italian Matteo Berrettini’s chances were dented when he was beaten 6-4 6-3 by Frenchman Jo-Wilfried Tsonga, a result that officially secured German Alexander Zverev’s spot at the season-ending showdown.

Austrian fifth seed Dominic Thiem, who has already qualified for the London event at the O2, downed Canadian Milos Raonic 7-6(5) 5-7 6-4.