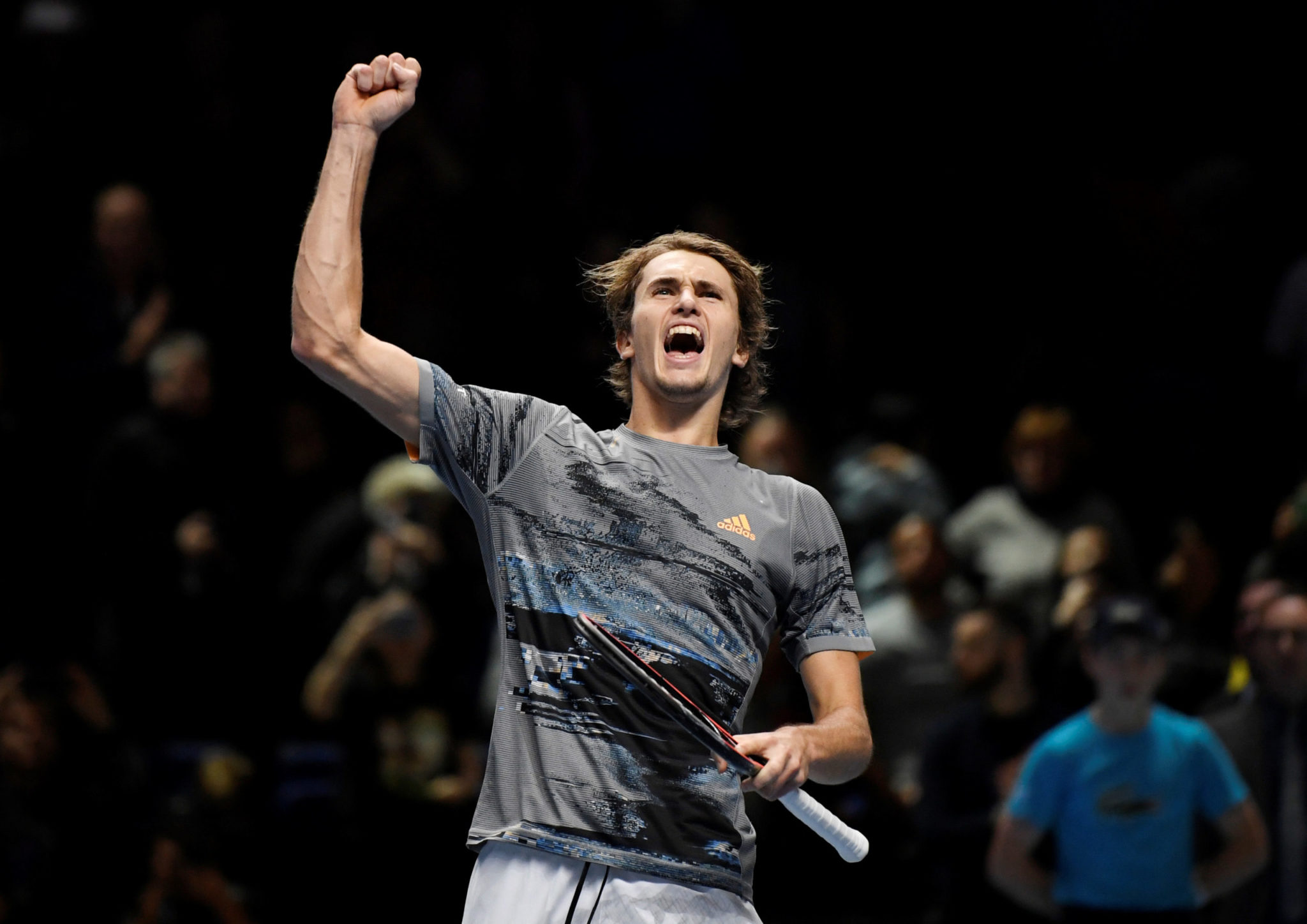 Defending champion Alexander Zverev reached the last four at the ATP Finals with a 6-4 7-6(4) defeat of Russian debutant Daniil Medvedev on Friday and consigned Rafael Nadal to an early exit at the same time.

The 22-year-old German served superbly throughout and held his nerve in the second-set tiebreak to notch a second group victory to claim second spot ahead of world number one Nadal.

Spaniard Nadal had earlier beaten group winner Stefanos Tsitsipas 6-7(4) 6-4 7-5 in a near three-hour battle to keep his hopes alive but needed Medvedev to do him a favor by beating Zverev.


Medvedev, 23, dropped his opening service game and never made much of an impression on his opponent’s serve.

He double-faulted at 3-4 in the tiebreak to give Zverev a two-point lead and Zverev finished it off with an ace.

While it was a great night for Zverev it was disappointing for those who had hoped to see a Nadal versus Roger Federer semi-final on Saturday.