Andy Murray wins in his return to the Davis Cup 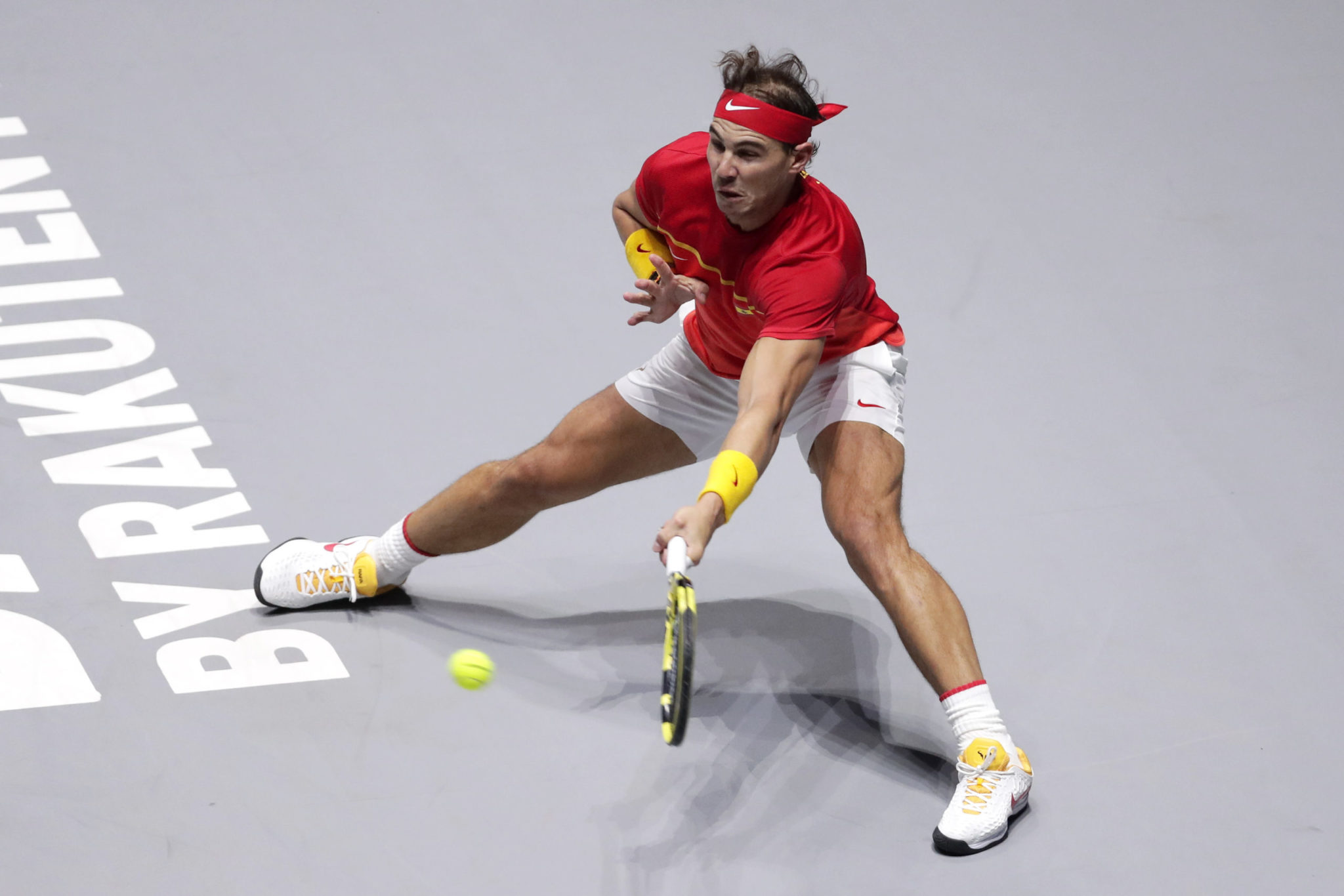 Andy Murray had been in a similar position before, struggling and needing a big comeback to pull off an important victory.

And like he’s done so many times in his career, he again came through with a big rally, this time to lead Britain to a victory over the Netherlands in his return to the Davis Cup.

“I’ve found a way to win matches many times in my career when I’ve not been playing well,” Murray said. “You can draw on that a little bit. I came up with some really good defensive shots at the end of the tiebreak and found a way to win.”


Novak Djokovic and Rafael Nadal also led their nations to victory, with Serbia defeating Japan and Spain beating defending champion Croatia. The United States failed to advance despite beating Italy 2-1 after a doubles match that ended past 4 a.m. local time in Madrid, the second latest finish in tennis history.

Sam Querrey and Jack Sock defeated Simone Bolelli and Fabio Fognini 7-6 (4), 6-7 (2), 6-4, but it wasn’t enough to send the Americans to the quarterfinals as one of the two-best second-place finishers. Only Lleyton Hewitt’s victory over Marcos Baghdatis at the 2008 Australian Open finished later, past 4:30 a.m. local time.

Murray had not played in the Davis Cup since 2016, when Britain lost to Argentina in the semifinals. In October, the three-time Grand Slam champion won his first title since undergoing hip surgery in January.

“I wasn’t feeling in the best shape coming in, and it showed a little bit in the match,” Murray said. “It is about finding a way to win, and I did that today. And I’m proud of myself because it would have been easy to have lost that.”

Murray acknowledged he is still struggling with his fitness.


“The weight and things like that, that’s my fault,” he said. “I’ve never had that in my career before. … I’ll make sure when I do have breaks, I’m more careful with what I’m eating and, you know, look at that. If you’re weighing four or five kilos more than you’re used to, that is probably going to affect how you feel moving around the court.”

The Dutch evened the score to 1-1 when Robin Haase beat Daniel Evans 3-6, 7-6 (5), 6-4 in the second singles match, but Jamie Murray and Neal Skupski sealed the victory for Britain by defeating Wesley Koolhof and Jean-Julien Rojer 6-4, 7-6 (6) in the doubles match.

In the revamped Davis Cup format, teams play two singles and a doubles match, with the group winners advancing to the knockout stage along with the two best second-place finishers in the six groups.

The result eliminated the Netherlands, which lost 2-1 to Kazakhstan on Tuesday.

Nadal helped Spain clinch a 3-0 victory over Croatia with a 6-4, 6-3 win over Borna Gojo, securing the hosts first place in Group B and a place in the quarterfinals.

It was the 26th straight Davis Cup singles victory for the top-ranked Nadal, who later got back on the court along with Marcel Granollers for a 6-3, 6-4 doubles victory over Ivan Dodig and Mate Pavic.

Spain opened with a 2-1 come-from-behind win over Russia on Tuesday.

Croatia was eliminated with the loss.

While Murray struggled to beat the 179th-ranked Griekspoor, Djokovic cruised to a 6-1, 6-2 win over 73rd-ranked Yoshihito Nishioka, giving Serbia a 2-0 victory over Japan in Group A.

It was the 13th straight Davis Cup singles victory for Djokovic, who broke Nishioka’s serve three times in the first set and twice in the second at the Caja Mágica.

Filip Krajinovic had defeated Yuichi Sugita 6-2, 6-4 in the first match.

The winner of Thursday’s series between Serbia and top-ranked France will guarantee a spot in the quarterfinals.

“It’s probably one of the biggest challenges that we can have in this competition,” said Djokovic, who hadn’t played in the Davis Cup since 2017. “Playing against France, one of the most successful nations in Davis Cup, and definitely one of the strongest teams.”

Japan, which lost to France 2-1 on Tuesday, has no chance of advancing.

Argentina routed Chile 3-0 on Tuesday but lost to Germany by the same score on Wednesday after a doubles match that set the record for the longest Davis Cup tiebreaker.

Australia defeated Belgium to win Group D and take on Canada in the tournament’s first quarterfinal on Thursday.