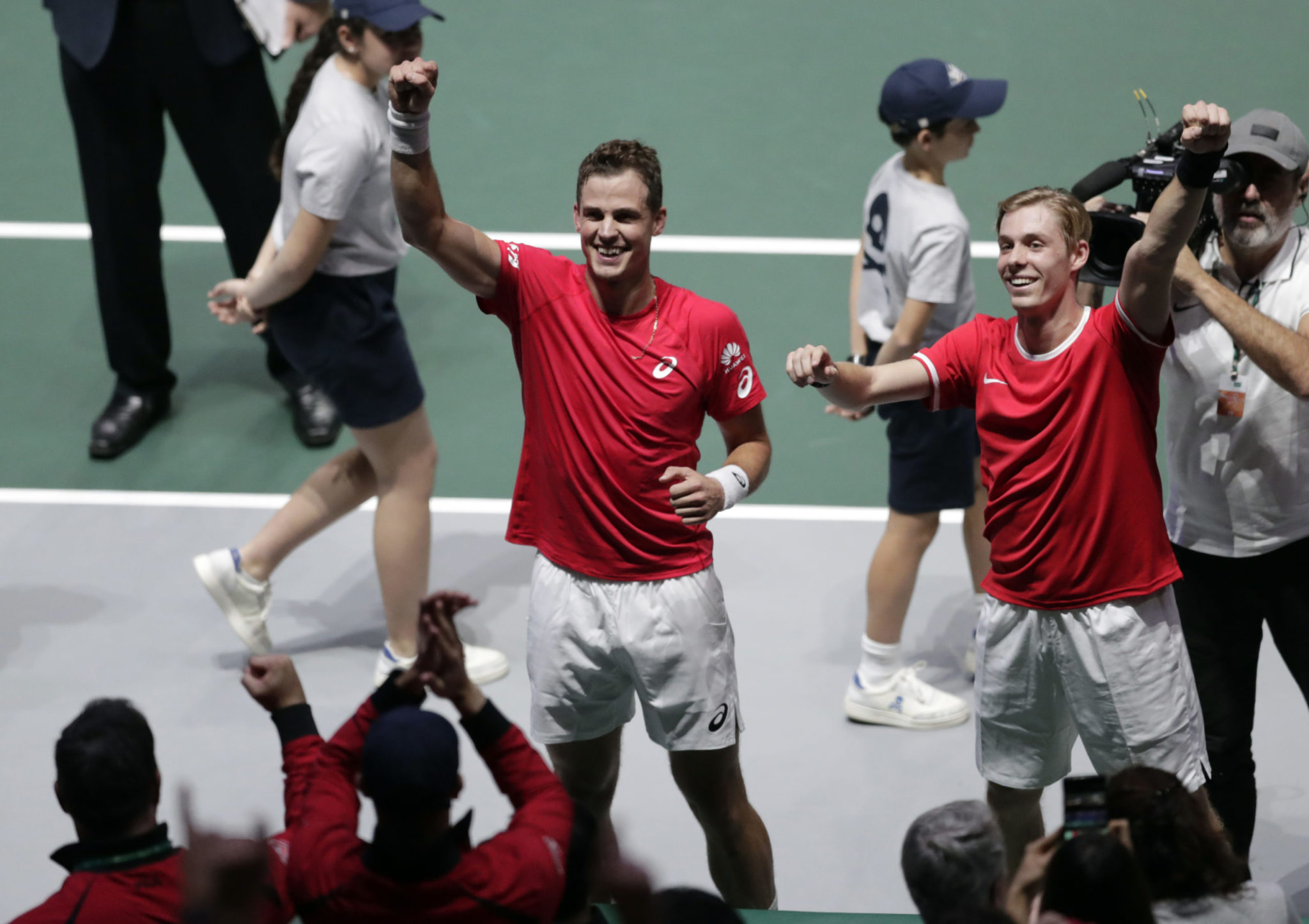 The Canadians, playing Davis Cup since 1913, will meet in the final Britain or host Spain, which played in the other semifinal later Saturday.

Two-time champion Russia was trying to make it to the final for the first time in 12 years.

Rublev put the Russians ahead defeating Pospisil 6-4, 6-4 in the first singles, and Shapovalov evened the tie by downing Khachanov 6-4, 4-6, 6-4.


In the doubles, the Canadians trailed 3-0 in the third-set tiebreaker but rallied and converted their second match point.

“Today was an incredible match,” Pospisil said. “I mean, the doubles, just with the buildup, obviously getting to this moment the last five days, I mean, it took a lot of emotions even just to get to this match.

“It’s pretty incredible to make the finals, first time in history for Canada. To do it the way it happened was pretty special to be a part of.”

Pospisil and Shapovalov have played all of the matches for Canada, which won Group F by defeating former champions Italy and the United States, then eliminated another former champ Australia in the quarterfinals. It had never beaten the U.S. or Australia in the Davis Cup.

The Canadians impressed in Madrid without two of their top three players. Milos Raonic was out injured, and Felix Auger-Aliassime was with the team but also injured.

The 150th-ranked Pospisil did not drop a set in singles this week until his loss to Rublev. The 20-year-old Shapovalov, No. 15 in the world, also won three of his four singles.

Russia, which won its Davis Cup titles in 2002 and 2006, also used only Khachanov and Rublev.