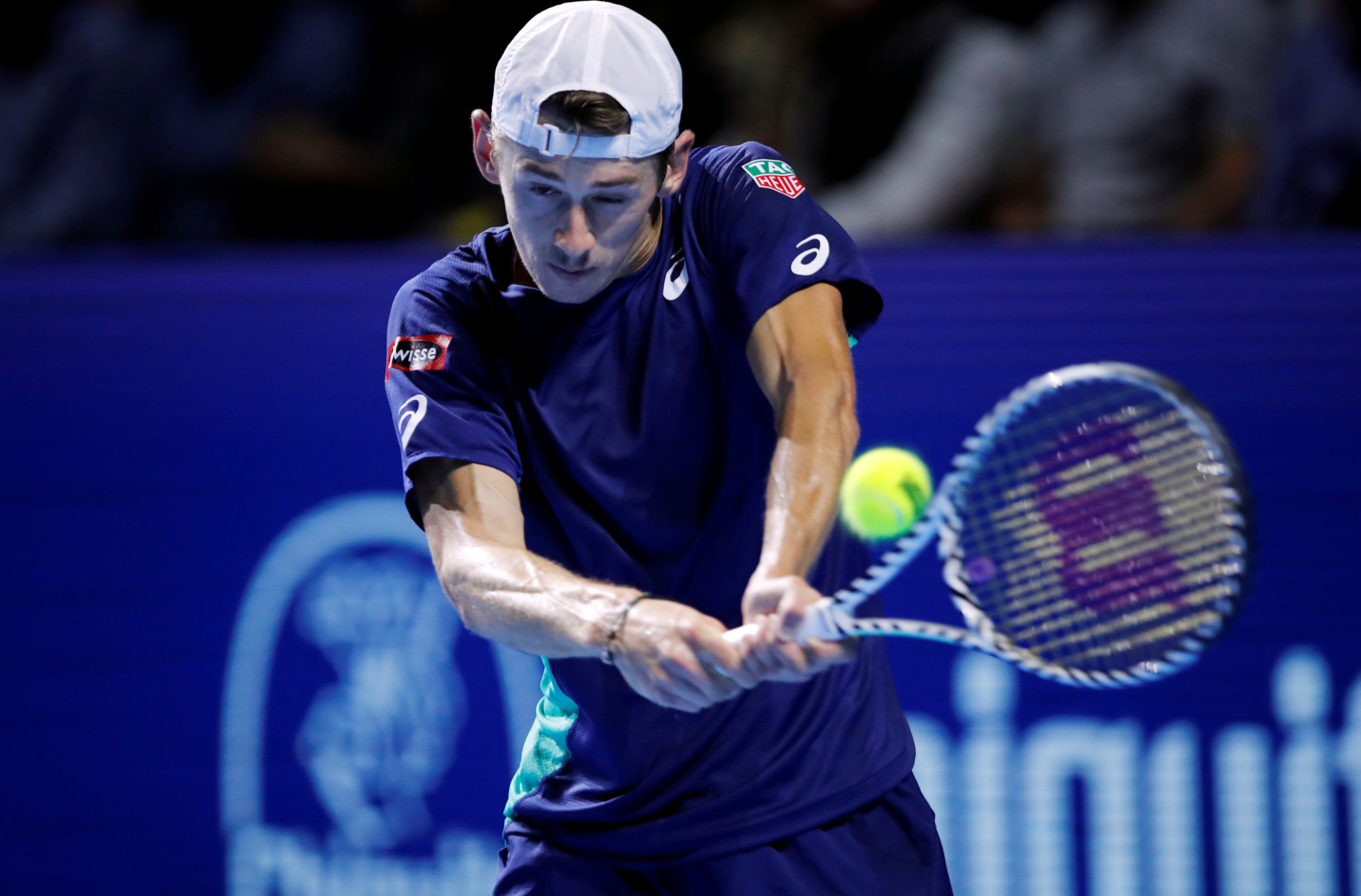 Australian top seed Alex de Minaur moved into his second consecutive final at the Next Gen ATP Finals with a 4-2 4-1 0-4 4-2 victory over Frances Tiafoe in Milan on Friday.

The 20-year-old De Minaur, who lost to Greece’s Stefanos Tsitsipas in the final last season, put his friendship with Tiafoe aside and needed only 73 minutes to dispatch the 21-year-old American.

De Minaur fired eight aces, smashed 25 winners and converted all four break points to advance to the final where he will attempt to win his fourth title of the season following wins in Sydney, Atlanta and Zhuhai.


“It’s difficult, but easier in some ways (playing a friend),” De Minaur said. “It’s easy because you know that no matter what happens on the court, you’re still going to be the best of friends.

“In the same manner, you’ve got to remember that you’re opponents. I’ve got to get in the zone, fired up and motivated, but it worked out today. It’s never easy playing someone like Frances. He has immense firepower, he’s never going to give up.”

De Minaur will face local favorite Jannik Sinner who came back from a set down to beat Serbia’s Miomir Kecmanovic 2-4 4-1 4-2 4-2.

The 18-year-old Italian, the youngest player in the draw, converted three of eight break points and dedicated the win to his coach Ricardo Piatti who was celebrating his birthday on Friday.