Djokovic calls for merger of ATP Cup and Davis Cup 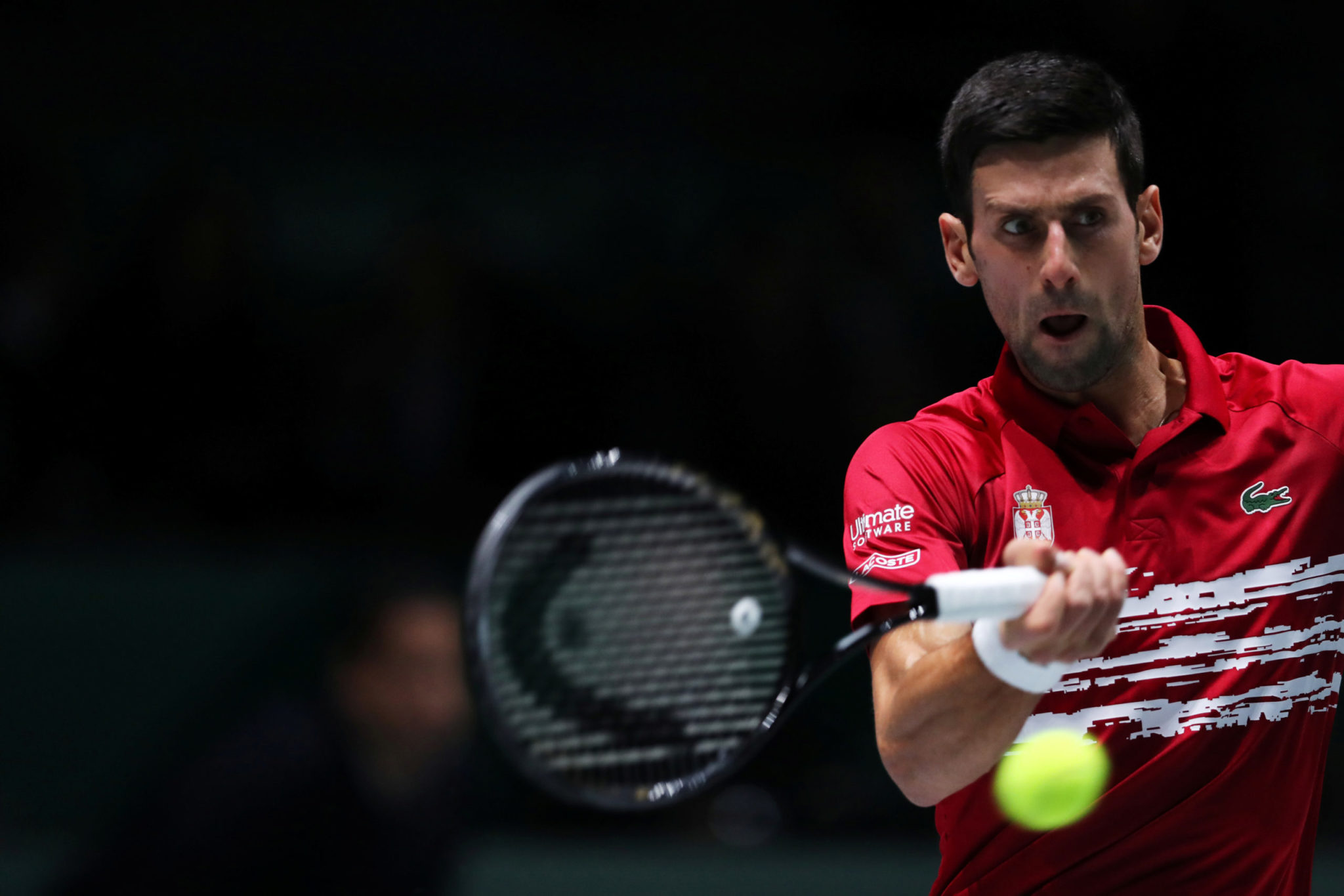 Novak Djokovic says the Davis Cup Finals and the ATP Cup cannot co-exist and must merge and believes an elite eight-nation competition in September would be the ideal scenario.

The 32-year-old 16-time Grand Slam champion helped Serbia to a 3-0 victory over Japan in their Group A opener on Wednesday at La Caja Magica where a revamped Davis Cup climax is being contested by 18 nations over seven days.

In January, 24 nations will contest the ATP Cup across three cities in Australia, leading to the obvious question of how two similar-looking team events can take place six weeks apart.

Djokovic would appear to have his feet in both camps. He is president of the ATP’s Player Council but also has a deep affection for the International Tennis Federation’s flagship Davis Cup, having won the title in 2010.


“I’m sure that organizers of (the Davis Cup) are doing their best to make this a successful week, a successful event,” Djokovic told reporters on Wednesday.

“It’s a lot of responsibility and pressure on them because this is the most traditional, historic team event in our sport. There’s a tremendous burden of history on them to make it right.

“But then, of course, scheduling was always an issue, for both ATP Cup and Davis Cup. In my opinion, which was an idea, that it could happen, was a merger between the two.

“And so I think it’s still open for the future.”

Satisfying so many different interests, which also includes the successful Laver Cup, is not easy though, he admits.

“I’ve been part of discussions through the Player Council, through various different ways in the last three years,” Djokovic said. “Of course, the ITF and ATP are two different organizations. It’s very complex. It’s not easy to make any change in our sport.

Djokovic has been upbeat about the new Davis Cup format, which was voted in by the ITF in 2018 and bankrolled by a $3 billion 25-year partnership with Kosmos, the Barcelona-based investment company owned by soccer player Gerard Pique.


The revamp, which Djokovic says was necessary because of flagging interest in the competition from players and media, has upset many because it has largely done away with the much-loved “home” ties that were so important to nations.

There is still a qualifying round in February, from which 12 nations book their place in the Davis Cup Finals. The four semi-finalists from the previous year qualify automatically, while the ITF picks two wildcard nations.

Djokovic believes a halfway house would be a better solution with some kind of “super cup” played in September.

“I miss playing at home for Serbia in the Davis Cup. But I support the fact there had to be a change from the old format.

“I think maybe the ideal format is somewhere in between. Maybe creating an elite eight tournament and having maybe one week or two weeks earlier in the year where nations can play at home in the qualifications group for the elite eight.”

The ATP Cup will have total prize money of $15 million. The new Davis Cup Finals offers around $18 million to teams and another $9 million to federations.