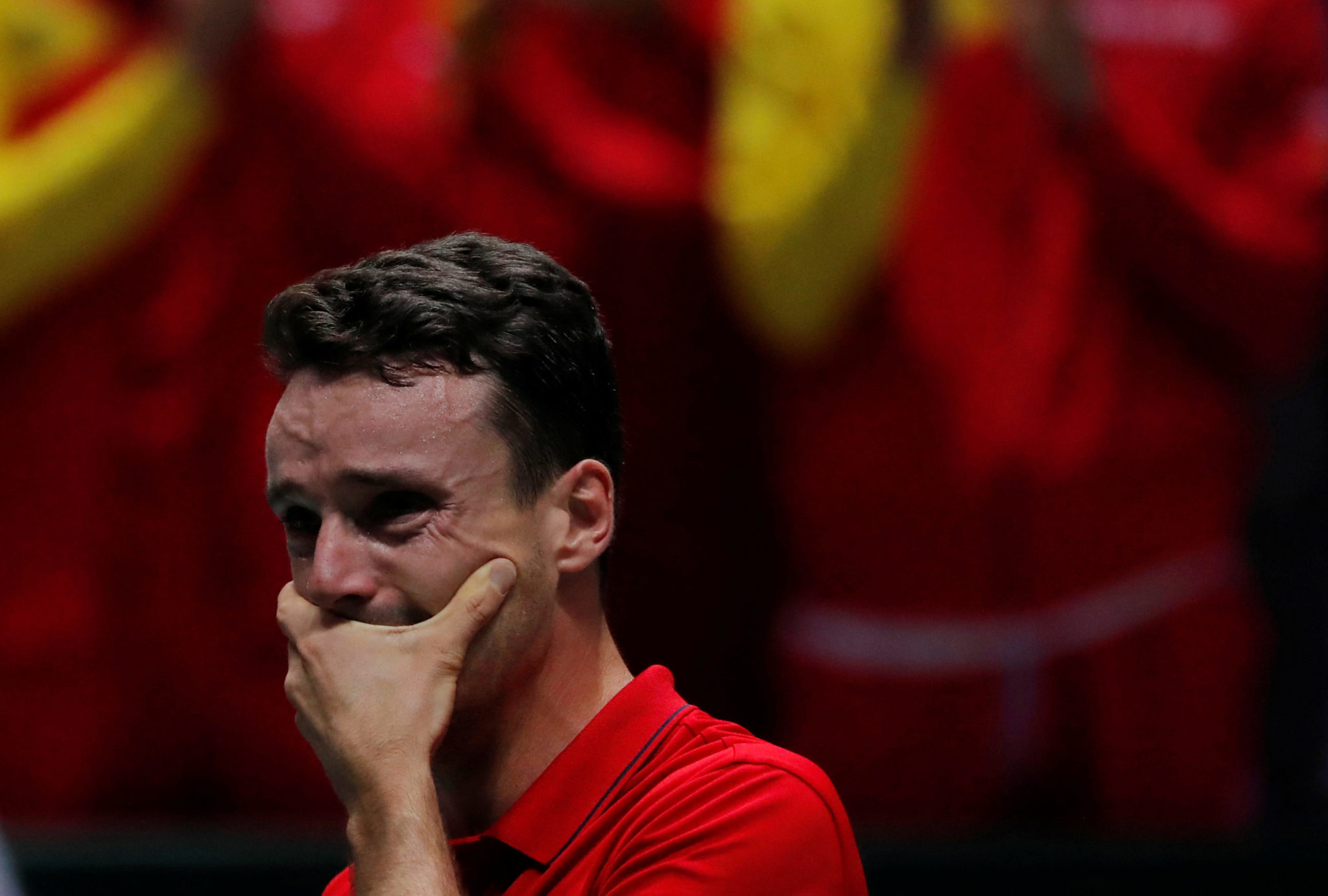 Roberto Bautista Agut gave hosts Spain a flying start in the Davis Cup final against Canada when he beat Felix Auger-Aliassime 7-6(3) 6-2 on Sunday, the day after the death of his father.

The 31-year-old played in both of Spain’s Group B ties earlier in the week but left the camp for his home town of Castellon on Wednesday evening after father Joaquin’s health deteriorated rapidly.

Bautista Agut returned to Madrid and was seen supporting his team mates during Saturday’s thrilling semi-final win against Britain and was named by Sergi Brugera to face Canada.

With a partisan capacity crowd inside La Caja Magica roaring his every winner, the world number nine responded with a clinical performance, dominating the contest once he had pocketed a tense opener.


When Auger-Aliassime hooked a backhand wide on match point Bautista Agut was hugged by Brugera before being embraced by his team mates on the Spanish bench.

Canadian captain Frank Dancevic changed his team for the first time all week after Vasek Pospisil and Denis Shapovalov had produced heroics to get Canada to their first final.

But the gamble backfired as Auger-Aliassime, who has been out with an ankle injury, failed to produce the kind of tennis that has seen him surge up the rankings this year.

Several hundred Canadian fans ringing cowbells and blowing horns tried to lift their man but to no avail.

Shapovalov will now have to beat Rafael Nadal in the second singles later on Sunday to keep Canada alive in the final.

Victory for Nadal, who has won all seven rubbers he has played this week, will give Spain a sixth title and their first since 2011. Nadal has won his last 28 Davis Cup singles, losing only once, in his first tie in 2014.