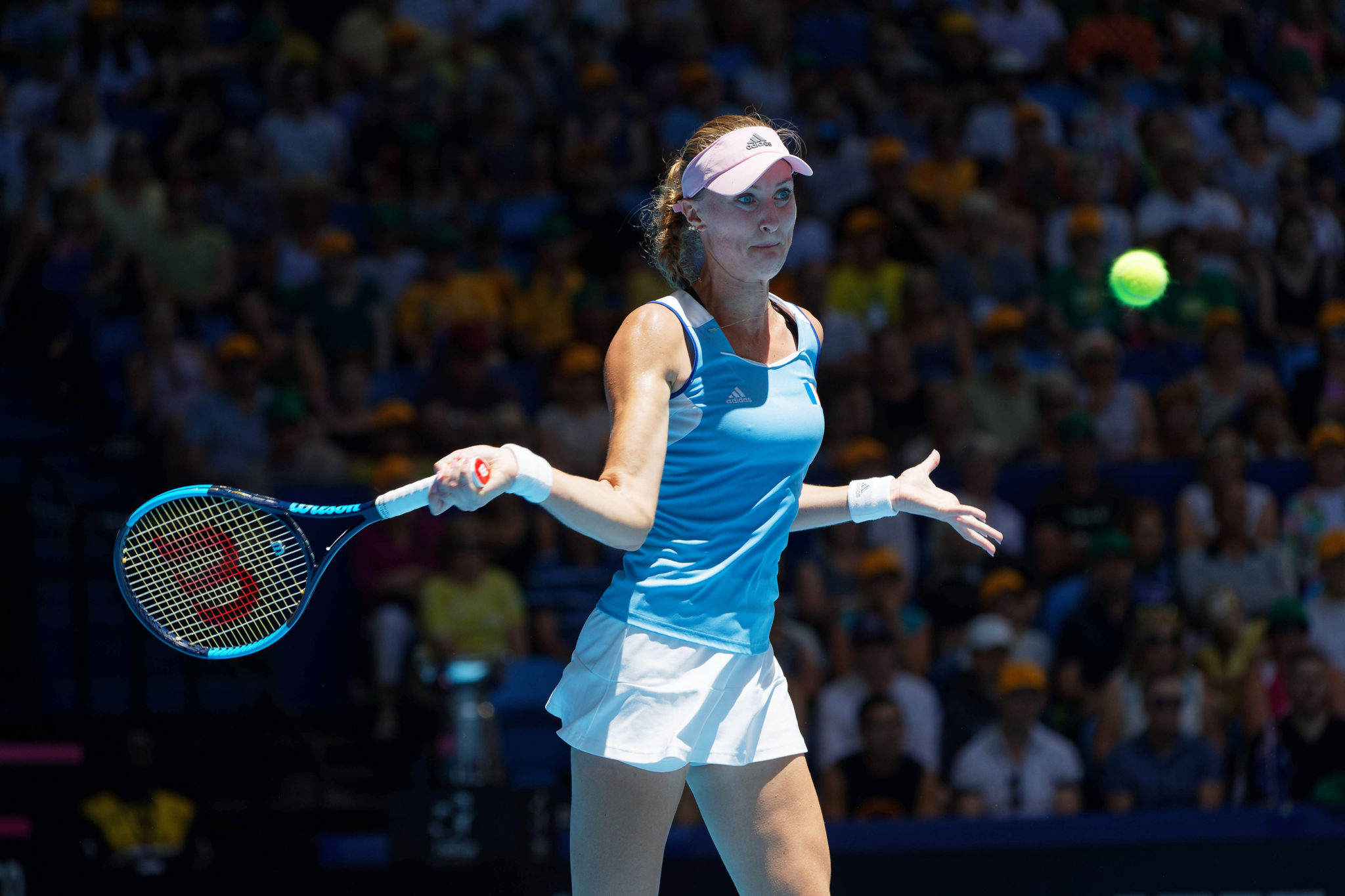 Kristina Mladenovic powered France to a perfect start in the Fed Cup final on Saturday with a straight-sets defeat of Australian debutant Ajla Tomljanovic.

World No.40 Mladenovic dominated Tomljanovic on the hard outdoor court to record a 6-1, 6-1 victory in 72 minutes as France took a 1-0 lead at Perth Arena.

No.51 Tomljanovic was surprisingly chosen over former US Open champion Samantha Stosur as Australia’s second singles player behind world No.1 Ashleigh Barty.

The 26-year-old, Croatian-born Tomljanovic only received clearance from the International Tennis Federation to represent her adopted country last month.


She was broken six times and recorded just two winners for the match.

“It’s a tough task for Ajla playing straight away in the final,” Mladenovic said after the match. “I almost played a perfect match. I was really in the zone.”

The spotlight appeared too bright for a nervous Tomljanovic whose tentative serve was broken four times in a one-sided, 38-minute first set.

Tomljanovic only hit the scoreboard in the fourth game when Mladenovic struggled on serve and double-faulted twice.

Mladenovic, who was part of France’s team in the 2016 decider to the Czech Republic, regrouped and relentlessly hit the lines as the heat intensified on Tomljanovic amid sweltering conditions with the temperature set to hit 40C (104F) on the opening day.

The Australian finally held serve on her seventh attempt, but it only slightly delayed Mladenovic’s inevitable victory.

Barty and former world No.4 Caroline Garcia clash in the second singles match.