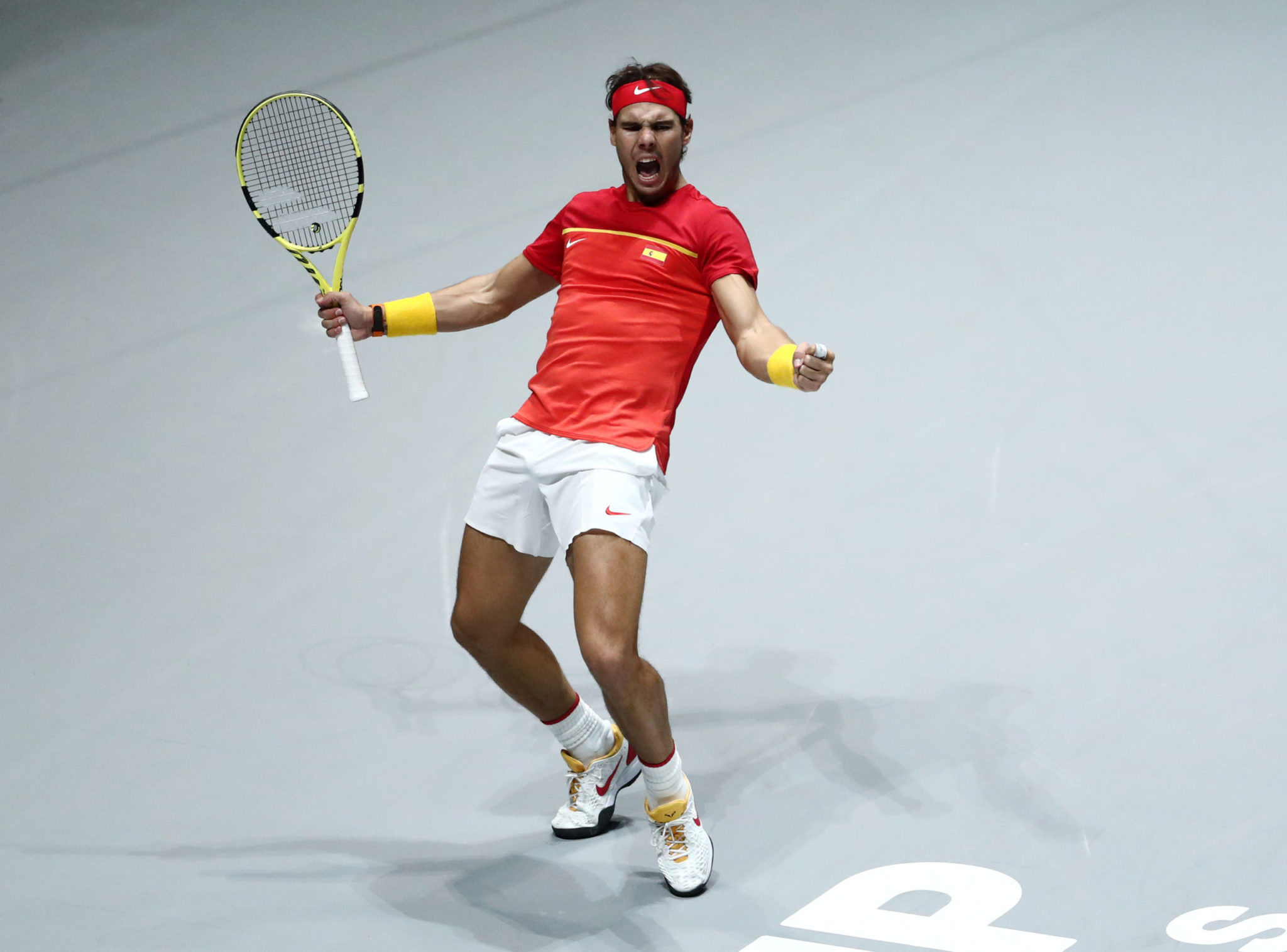 Rafael Nadal put in some late-night overtime to drag hosts Spain into the Davis Cup semi-finals but Novak Djokovic’s hopes were dashed in excruciating fashion as Serbia bowed out on Friday.

World number one Nadal rescued his country as he joined forces with Marcel Granollers to win the deciding doubles rubber of their quarter-final against Argentina and set up a clash with Britain who beat Germany 2-0.

Maximo Gonzales and Leonardo Mayer, given incredible support by a battalion of raucous Argentine fans who sung their hearts out in La Caja Magica, were threatening to dump the hosts out when they hit back to take Nadal and Gronollers to a deciding set shootout.


If ever there was a man for a crisis it is Nadal though and he took charge as the Spaniards weathered the storm, breaking early in the decider to get home 6-4 4-6 6-3 and keep Spain on course for a first title since 2011.

With empty seats an unfortunate feature of the inaugural edition of the 18-nation Finals, organizers the ITF and Kosmos will be breathing a sigh of relief that at least Spain’s evening clash with Britain will fill the 12,500 center court.

The revamped competition, featuring 18 nations in one venue for the first time, has been notable for long, sometimes chaotic days but also for exhilarating action. Friday was no exception.

It began with an extraordinary quarter-final between Serbia and Russia which went to the wire.

Andrey Rublev crushed Filip Krajinovic 6-1 6-2 to put Russia up, only for Djokovic to level it with a 6-3 6-3 win over Karen Khachanov, his 15th successive Davis Cup singles win.

Like his great rival Nadal later, Djokovic returned to court alongside Viktor Troicki to try and get his nation across the line. It was all to end in tears though, literally.

Djokovic was battling an elbow injury but after losing the first set against dynamic duo Rublev and Khachanov he and Viktor Troicki clawed their way back. Three times Serbia had match points in the deciding set tiebreak and on the third Troicki fluffed the easiest of volleys — a mistake of nightmares.


When Troicki then failed to make a return it was the Russians who were celebrating a first semi-final since 2008 in which they will face Canada in Saturday’s first semi-final.

It was a desperate moment for Troicki and the emotions were still raw in Serbia’s post-match news conference, during which captain Nenad Zimonjic and virtually all his team were in tears.

“It hurts, this really hurts badly,” Djokovic said while Troicki, who in 2010 won the final point to hand Serbia the title against France in Belgrade, described it as the worst moment he had ever experienced.

“I let my team down and I apologize to them,” he said as a stony-faced Djokovic slumped in his seat.

For the second day running British captain Leon Smith elected to leave out talisman Andy Murray, the hero of the 2015 title campaign. But they are no one-man team these days.


Murray’s replacement Kyle Edmund stepped up to beat Philipp Kohlschreiber 6-3 7-5 before Dan Evans, cheered on by a healthy band of flag-waving Brits, held his nerve to beat big-hitting Jan-Lennard Struff 7-6(6) 3-6 7-6(2).

Evans had lost both his previous singles this week from a set up and was in danger of it happening again. But with Murray supporting from courtside he delivered.

“I felt I let the team down in the last two days. To get it like that was amazing,” an emotional Evans said.