Novak Djokovic has Nadal in his sights at London finale 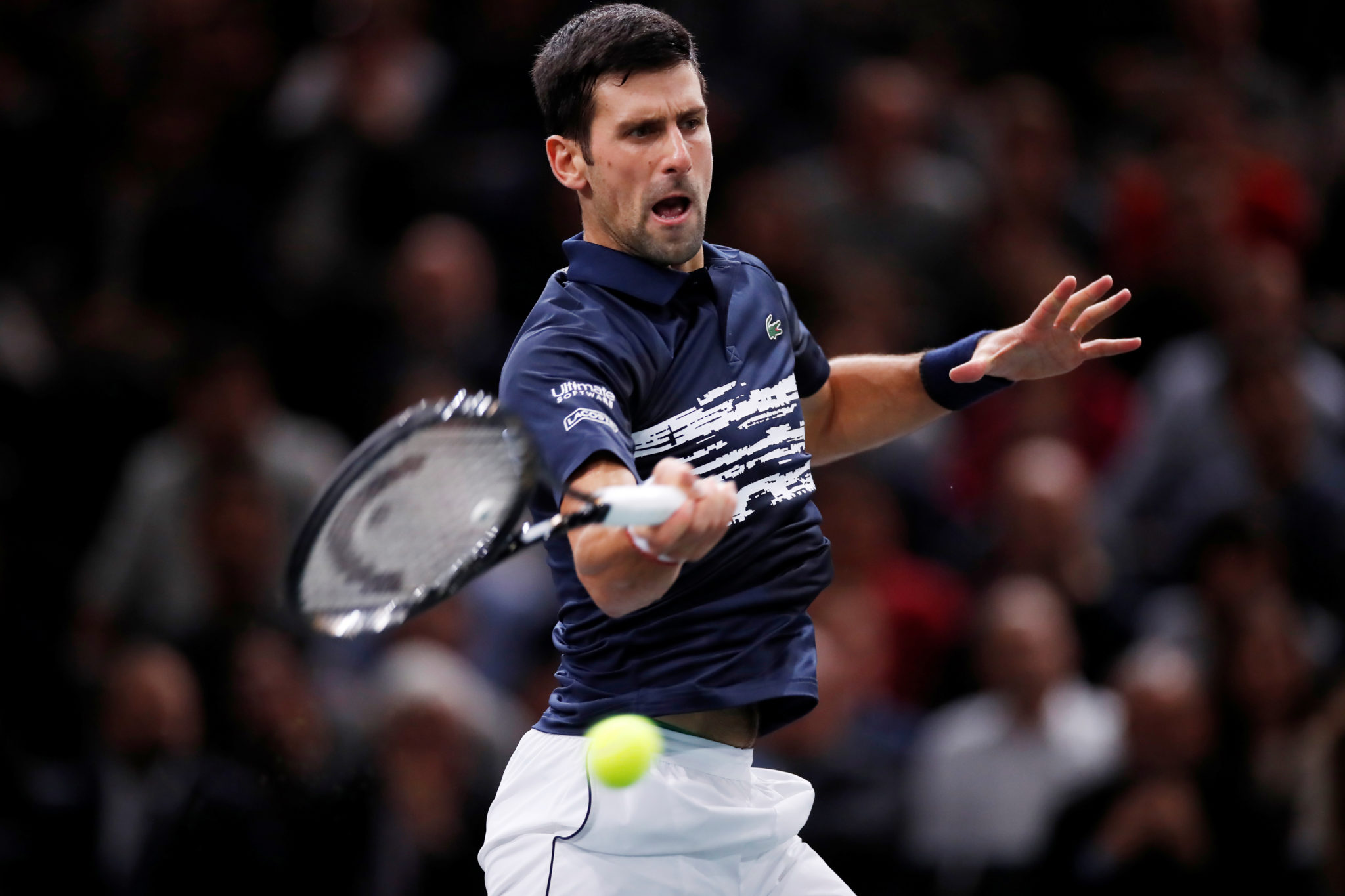 If Novak Djokovic is to claim the year-end number ranking for a record-equaling sixth time he will have to do it the hard way at the ATP Finals next week in London.

The Serb was knocked off top spot by Rafael Nadal on Monday despite winning the Paris Masters last week and will need a strong finish alongside the River Thames to snatch it back.

Only Pete Sampras has finished a year on top six times and Djokovic’s hopes of emulating the American are not in his own hands with Nadal leading by 640 points heading to the climax.

Nadal, 33, is bidding to become the ATP’s oldest year-end number but with 200 points awarded for round-robin wins, 400 for a semi-final win and 500 for winning the final the door is still ajar for Djokovic to deny him.


Spaniard Nadal has often struggled physically in London and pulled out of his Paris Masters semi-final against Denis Shapovalov last week citing an abdominal issue when victory would have put him virtually out of reach.

He intends to play in London having been drawn in a round-robin group alongside 2018 ATP Finals champion Alexander Zverev and debutants Daniil Medvedev and Stefanos Tsitsipas.

If Nadal fails to win a round-robin match, Djokovic would still need to win two group matches and reach the final to dislodge him. Djokovic will also finish the year as number one by winning the title, providing Nadal does not reach the semis.

Djokovic faces a tough group though, with six-time champion Roger Federer, French Open runner-up Dominic Thiem and Italian Matteo Berrettini, the third newcomer in this year’s event, who he will play in Sunday’s opening singles.


“It’s an extremely difficult task considering who my opponents are going to be,” Australian Open and Wimbledon champion Djokovic said.

“As a consequence, if I manage to get the year-end number one, that would be fantastic. It is a motivation and a goal every day.”

Federer, ranked third, will be a particularly dangerous obstacle for Djokovic even if he has not added to his ATP Finals title haul since winning in 2011.

The Swiss, who has a record 57 match wins at the event, bowed out to Zverev in the semi-finals last year but continues to defy the passing years at the age of 38.

Last month he claimed the Swiss indoor title without dropping a set. It was his fourth title in 2019, during which he lost an epic Wimbledon final to Djokovic having held match points.

The penultimate ATP Finals in London, before it moves to Turin, has a fresh look this year.


Russian counter-puncher Medvedev has enjoyed an incredible breakthrough year and of the three debutants he looks the most likely to challenge for the title.

He leads the charts in terms of match wins (59) and finals reached (9) and against Nadal in a sensational U.S. Open final proved he has the personality to go toe-to-toe with the giants.

For the fourth successive year there are eight different nations represented in the singles while half of the singles field are aged 23 or under. The new wave is arriving, but Djokovic still has unfinished business.

Colombian duo Juan Sebastian Cabal and Robert Farah will lead the doubles event having already clinched the year-end number one ranking and will be seeking a London double after winning this year’s Wimbledon crown.