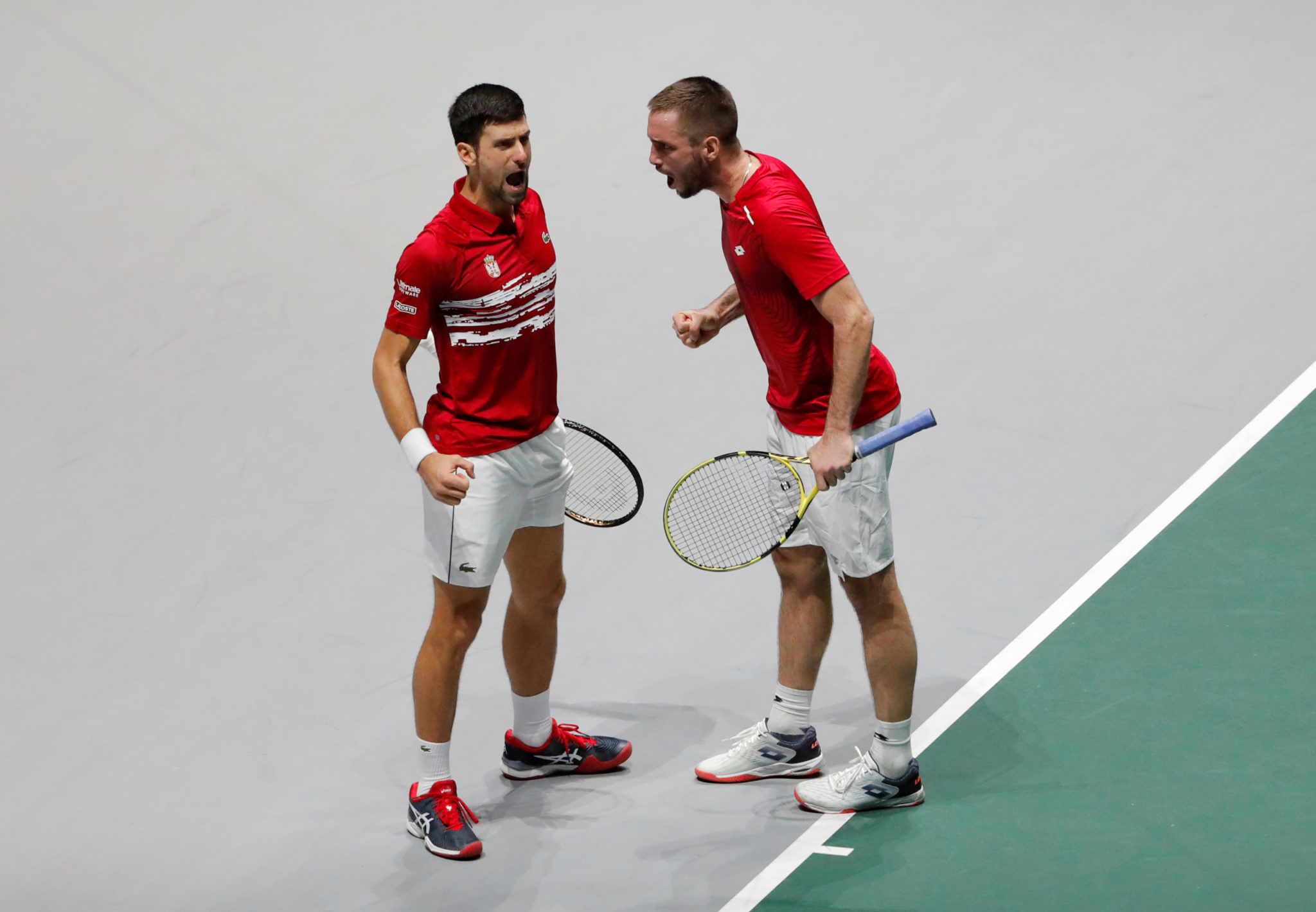 Novak Djokovic’s hopes of a second Davis Cup title were dashed as Serbia suffered an excruciating defeat by Russia while Britain beat Germany to reach the semi-finals on a nerve-racking day in La Caja Magica on Friday.

Russian duo Andrey Rublev and Karen Khachanov survived three match points in a tense tiebreak in the final set of the decisive doubles rubber to claim a 2-1 victory over Serbia.

The Russians are in the semis for the first time since 2008 and will have to do it all over again on Saturday when they face Canada who enjoyed a rest day after beating Australia on Thursday.


Evans, once banned for failing a drugs test for cocaine, had lost both his singles from a set up at the revamped event, but delivered when it mattered in Britain’s first Davis Cup clash with Germany since 1973.

“I felt I let the team down in the last two days. To get it like that was amazing,” an emotional Evans, who was hugged by captain Leon Smith, said on court.

“The team supported me through everything. Before the match I didn’t feel great. But everybody in the team got me going.”

Britain could face Spain in La Caja Magica on Saturday although the hosts were locked at 1-1 with Argentina in the last quarter-final after Rafael Nadal thrashed Diego Schwartzman 6-1 6-2 to cancel out Pablo Carreno Busta’s 6-7(3) 7-6(4) 6-1 defeat by Guido Pella.

Djokovic, who inspired the Serbs to victory in 2010, leveled things up against Russia after Andrey Rublev has crushed Filip Krajinovic 6-1 6-2.

The 32-year-old’s 6-3 6-3 defeat of Khachanov was his 15th successive singles win in the competition and he was soon back out on court with Troicki.

Djokovic needed treatment on his elbow in the second set but carried Troicki to the brink of victory. They squandered match points at 6-5 and 7-6 in the deciding tiebreak and had another at 8-7, only for Troicki to nervously prod long a volley that will give him nightmares for many days to come.


Troicki then missed a service return to spark wild Russian celebrations as they edged it 6-4 4-6 7-6(8).

It was a desperate moment for Troicki and the emotions were still roar in Serbian post-match news conference in which captain Nenad Zimonjic and virtually all his team were in tears.

“It hurts, this really hurts badly,” Djokovic said while Troicki, who in 2010 won the final point to hand Serbia the title against France in Belgrade, described it as the worst moment he had ever experienced.

“I let my team down and I apologize to them,” he said as a stony-faced Djokovic slumped in his seat.