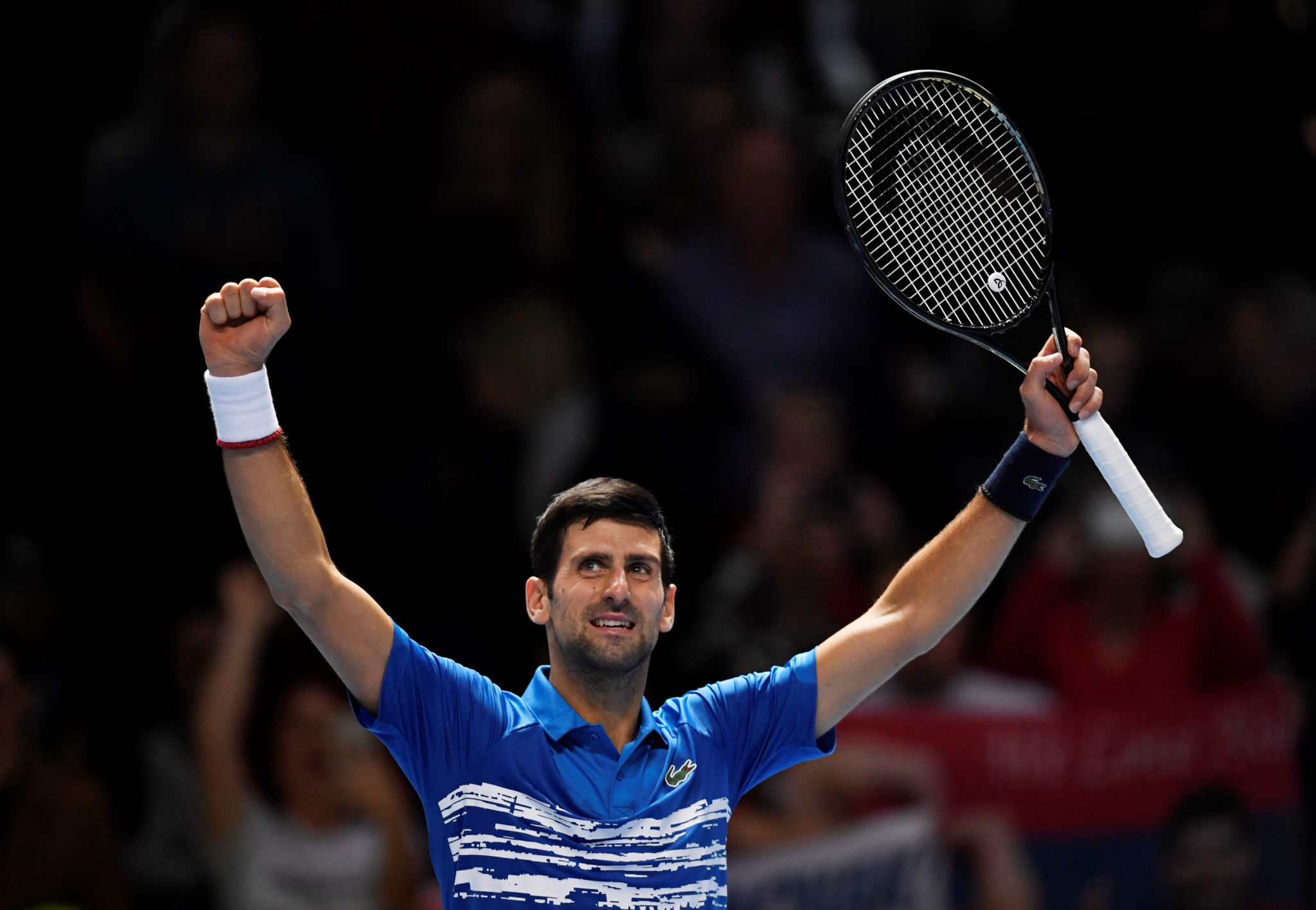 Novak Djokovic ruthlessly took Matteo Berrettini apart at the ATP Finals on Sunday as he began his quest to reclaim the number one ranking by winning his opening group match 6-2 6-1.

Berrettini became the first Italian to play in the season-ending showpiece since 1978 but was given a harsh lesson by the 16-time Grand Slam champion at the O2 Arena.

The 32-year-old Djokovic began the match 640 points behind Rafael Nadal in the race to end the year on top of the rankings, but victory chipped that advantage down to 440.

Djokovic must at least win two group matches and reach the final to have any chance of matching Pete Sampras’s record of ending six separate years as world number one.


Spaniard Nadal, who has concerns over an abdominal injury sustained at the Paris Masters, plays his first group match on Monday against defending champion Alexander Zverev.

As an opening singles match in a tournament featuring the world’s best eight tennis players, it was a disappointing display.

But five-time champion Djokovic had some sympathy for an opponent who only booked his place last week and who was ill-equipped to deal with the relentless pressure the Serb applied.

“I remember when I played for the first time in the ATP Tour Finals in 2007, I lost all three matches in the group,” he said.

“I was tense. It’s a lot of pressure mentally, that you have to deliver your best, where for us guys that have been playing on the top level for many years, we have the experience.”

Djokovic, four times a winner of the title since the tournament moved to London in 2009, had never played Berrettini before but quickly got to grips with the aggressive style of the 23-year-old Italian.

The first four games were shared on serve but Djokovic seized the opening break when Berrettini snatched at a routine forehand at 2-3 and quickly took charge.

His only blemish was when serving at 4-0 in the second set, gifting Berrettini a break with a couple of errors, but normal service was quickly resumed as he finished things off in little more than an hour with an easy forehand.

Djokovic will face Roger Federer, who he beat in an epic Wimbledon final this year, either on Tuesday or Thursday depending on how the Swiss, bidding to win a record seventh title at the season-ending event, does against Dominic Thiem in Sunday’s second singles match.

Berrettini will at least get the chance to make more of an impression in his second match.

“I was nervous but not in a bad way,” he said. “Normally when I step in the court and I don’t feel nervous, something is wrong. I have to feel nervous to play my best tennis.”