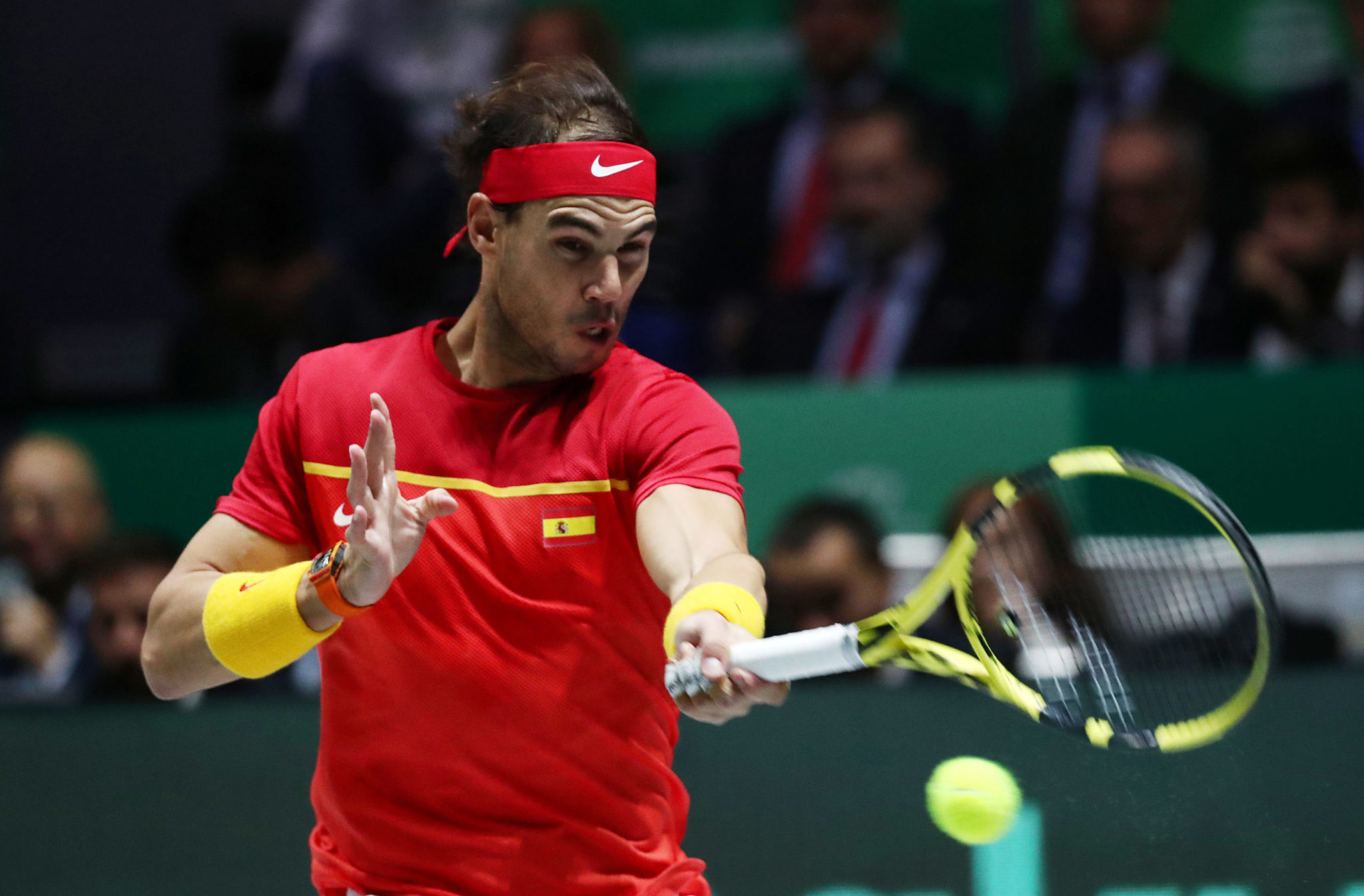 Hosts Spain made light work of a youthful Canadian side to win the inaugural edition of the new-look Davis Cup and claim the team trophy for a sixth time on Sunday.

Fittingly it was Spain’s talisman Rafael Nadal who sealed the triumph, beating 20-year-old Denis Shapovalov 6-3 7-6(7) to rack up his eighth victory in eight matches during a gruelling week.

Playing for the fourth successive day, the 33-year-old was surely tired and it began to show as Shapovalov fought to keep Canada alive in their first Davis Cup final.

Spain got off to a flying start in front of a sell-out 12,500 crowd in La Caja Magica as Roberto Bautista Agut returned to the team days after the death of his father to beat Felix Auger-Aliassime 7-6(3) 6-2.

That left Shapovalov facing mission impossible against the 19-time Grand Slam champion but the stylish left-hander threatened to put the Spanish fiesta on hold in a combative second set as the zip went out of Nadal’s legs.

Nadal would not be denied though as he delivered Spain’s first title since 2011.

It completed a remarkable week in the Spanish capital which has been hosting the new version of the 119-year-old event featuring 18 nations.