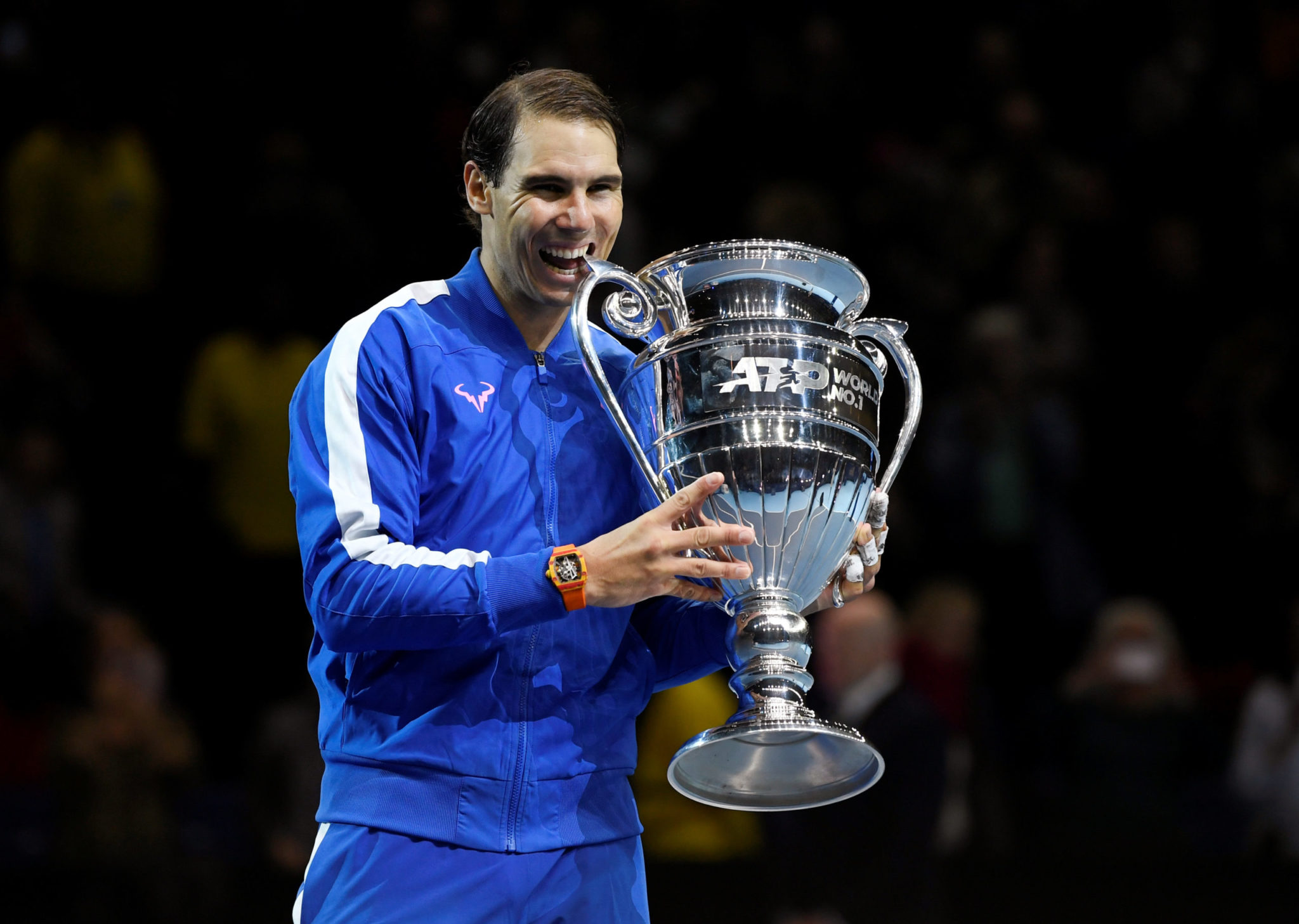 It all felt a little odd at the O2 Arena on Friday.

Rafael Nadal had just beaten rising Greek force Stefanos Tsitsipas in a classic scrap at the ATP Finals but had no idea whether it was good enough to keep him in the tournament.

Then, moments after his 6-7(4) 6-4 7-5 victory the 19-time Grand Slam champion was presented with an enormous silver trophy by the ATP’s soon-to-be-former chief Chris Kermode.

It looked and felt like a victory celebration despite the business end of the tournament still to play and Nadal’s participation in it out of his hands.


As it turned out, Alexander Zverev’s victory later over Daniil Medvedev made all Nadal’s hard work redundant.

But there was no denying the 33-year-old Spaniard deserved the ATP year-end number one trophy — even though it was longtime rival Roger Federer’s sublime win over Novak Djokovic the previous night that actually put it into his arms.

Even Nadal, it seems, needs a favour occasionally. Unfortunately Medvedev could not oblige.

Nadal won a 12th French Open title this year and then closed to within one major of Federer’s Grand Slam record when he won the U.S Open, beating Medvedev.

He also reached the Australian Open final and the semis at Wimbledon, all in a year in which his confidence hit rock bottom after some shock defeats on the European clay.

He arrived for the ATP Finals with doubts about an abdominal injury and had not completed a tournament since the U.S. Open in September. Yet after a disappointing display against Zverev in his opening match at the ATP Finals, he rebounded in stunning fashion to fight off two of the players expected to fill the void when Nadal, Federer and Djokovic depart stage left.

On Wednesday he was 5-1 down in the third set against Medvedev but found an escape route. Then on Friday he was a set down against strutting Greek stylist Tsitsipas before unleashing a furious onslaught to claim victory.


His hopes of winning the ATP Finals title for the first time was over for another year but matching Federer and Djokovic’s five year-end top spots was consolation.

“I think this trophy is the work of the whole year, a great year in all terms,” Nadal, who first achieved it in 2008, told reporters. “This trophy with me is a big personal satisfaction.

“There have been some demoralising moments this year in terms of physical issues. But super happy for everything.

“The big gap between the first until today, 11 years, is a big thing. I don’t know if somebody did it or not, but is something difficult.”

Nadal said he was honoured to match Federer and Djokovic and pointed out that had it not been for injuries he might already have surpassed Pete Sampras’s six year-end number ones.

“I cannot complain, but at some point I feel that there is a couple of years out there that I have been in a position that I had chances to be the number one and I got injured and I could not fight for it,” he said.