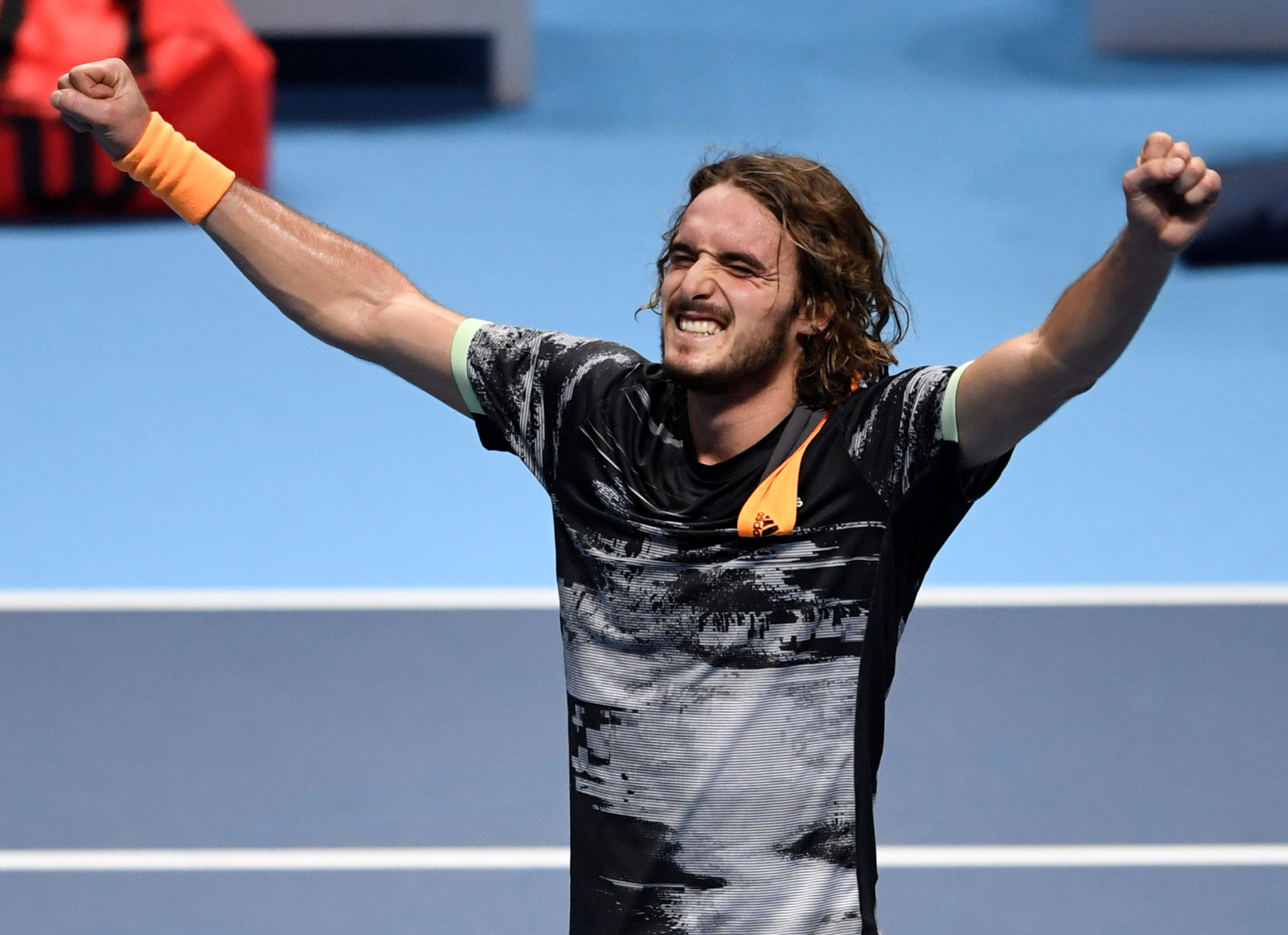 Stefanos Tsitsipas said he is targeting a Grand Slam in 2020 as part of his quest to finish the season in the top three of men’s tennis, which has been dominated by Rafa Nadal, Novak Djokovic and Roger Federer in recent seasons.

Tsitsipas was unable to claim his first major title at this year’s Slams, two of which were won by the 33-year-old Nadal and two by the 32-year-old Djokovic, while the 38-year-old Federer came close to adding to his record 20 titles.

But the 21-year-old Greek ensured that the ‘Big Three’ will be looking over their shoulders in 2020 after winning the ATP Finals in London last month to finish the year ranked sixth.

“I understand that our tennis era is changing … and our top three are getting older and we are the ones that are coming up,” Tsitsipas told reporters in Abu Dhabi, where he is playing in the Mubadala World Tennis Championship.


“Nadal, Djokovic and Federer have always been there and they will be there and what I have to do is go the extra mile and surpass them … that’s my biggest challenge for next year.

“My goals for next year would be to win a Grand Slam title, finish the year in the top three, make the ATP World Finals again and win a Masters 1000 event.”

Tsitsipas, who begins his campaign in the exhibition event against Andrey Rublev on Thursday, said he would not put too much pressure on himself to win a Grand Slam.

“I don’t want it to be a matter of life or death,” Tsitsipas added. “I’ve been aggressive playing my tennis and I’m getting to know what works for me and what I need to focus on when I’m on court, so it all comes with experience.

“I didn’t have that much experience before because I hadn’t spent that much time playing, but the more I get to play the top guys and the more competitive games I play, I’ll keep learning. You can’t win if you don’t lose, that’s how it works.”