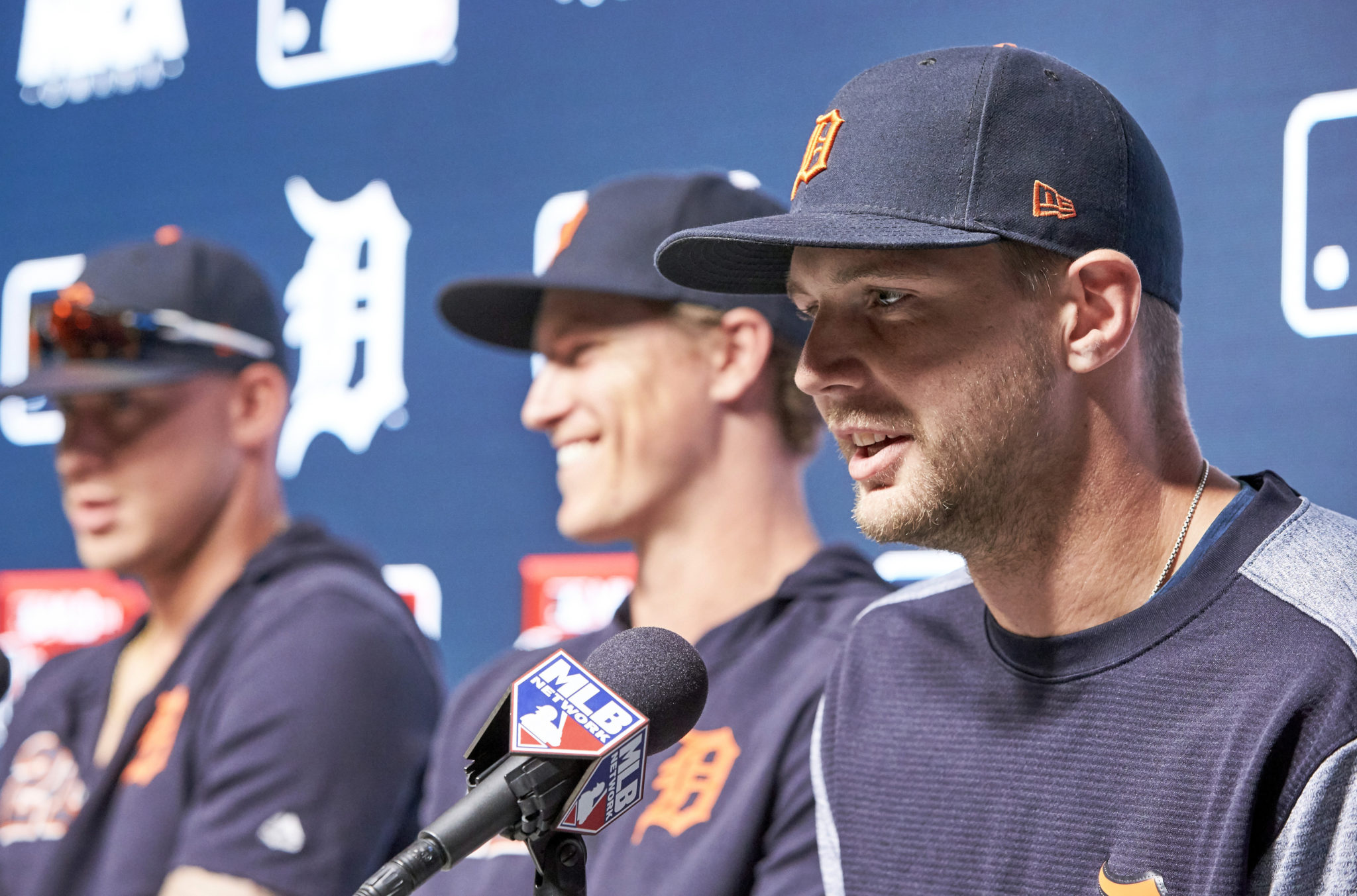 OMAHA, Neb. — The last time Detroit Tigers teammates Brandon Dixon and Grayson Greiner were at TD Ameritrade Park, they were on opposing teams in the 2012 College World Series finals.

Dixon’s tiebreaking double in the ninth inning produced a national championship for the Arizona over South Carolina. Greiner’s fly to right in the bottom half ended the game.

As the Tigers’ game against the Kansas City Royals in Omaha on Thursday night started drawing closer, Dixon couldn’t help but razz Greiner about the last time they were together here.

“The only bad thing about this whole trip has been to hear all these questions about losing a national championship to Brandon,” Greiner said. “He has ripped on me pretty good the last couple weeks, knowing we’re coming out here.”

As part of the buildup for the CWS, which starts Saturday, Major League Baseball brought a regular-season game to Nebraska for the first time. The NCAA and MLB have worked to strengthen their relationship in recent years, and there have been discussions about Omaha becoming host of the MLB draft.

Dixon and Greiner were among several players for the Tigers and Royals who lived the Omaha experience as collegians. Tigers manager Ron Gardenhire played shortstop for the Texas Longhorns in the 1979 CWS, and JaCoby Jones played here in 2013 with LSU.

The Royals’ Whit Merrifield had the winning hit for South Carolina in the 2010 national championship game against UCLA in the final game played at Rosenblatt Stadium. Alex Gordon played on Nebraska’s 2005 CWS team.

“The fan support was amazing,” Gordon said. “They made us feel like rock stars in college.”

The players said they continue to follow the college game, especially during the NCAA Tournament.

“It’s fun with the regionals and super regionals because you’ve lived it, and to see the excitement of the kids during the game, you kind of reminisce about when you played and share it with your team,” Gordon said. “It’s fun to watch how much passion they have during these games and how much it means to them. I know we’re all glued to the TV when these games come on.”

Merrifield said even though he’s playing in the majors, he still looks at winning a championship with South Carolina as his fondest baseball memory.

“It’s a different dynamic,” he said. “You come in with a class, and you don’t get traded, no promotions or demotions or releases. The team you start with is the team you’re with the entire year, sometimes three or four years. There’s that bond and camaraderie with a group of guys when you’re playing at the highest level of baseball you know.

“You get to be here and be on ESPN and play in front of 25,000 people,” he added. “To be 18 to 21 years old in this situation is something that you don’t know how to handle it. It’s really, really cool. Those moments stick with you forever.”

Omaha has had an ongoing connection with the Royals since 1969, when they placed their Triple-A affiliate here. Hall of Famer George Brett played 117 games in Omaha in 1973 before getting his call-up to the majors. Kansas City is a three-hour drive from Omaha. Interestingly, three of the Royals’ four starting infielders were playing in Omaha at the start of the season.

The biggest disappointment for fans Thursday was that Gordon, who grew up 50 miles away in Lincoln, was held out of the lineup. He got a shoulder bruise when hit by a pitch Wednesday.

“Being back in Nebraska you want to be there for your fans and where you grew up,” he said. “That’s unfortunate. If it was during the season anywhere else, I wouldn’t have played because of how my shoulder feels right now. I really wanted to play tonight. It was a smart decision to sit it out.”

Dixon said he was looking forward to reliving some memories from his 2012 season at Arizona, being back in the same clubhouse and on the same field.

“From our first team meeting it was the first thing we talked about is getting to Omaha,” Dixon said. “To go with a group of guys like that, to make it, and eventually winning it, it was a blast.”

Members of all eight of this year’s CWS teams were to be in the stands watching Thursday night, and Dixon had some advice to pass along.

“Just have fun,” he said. “That was the main thing our coach told us. You worked all yearlong to get here. Now there’s no pressure. Have fun and enjoy it.”