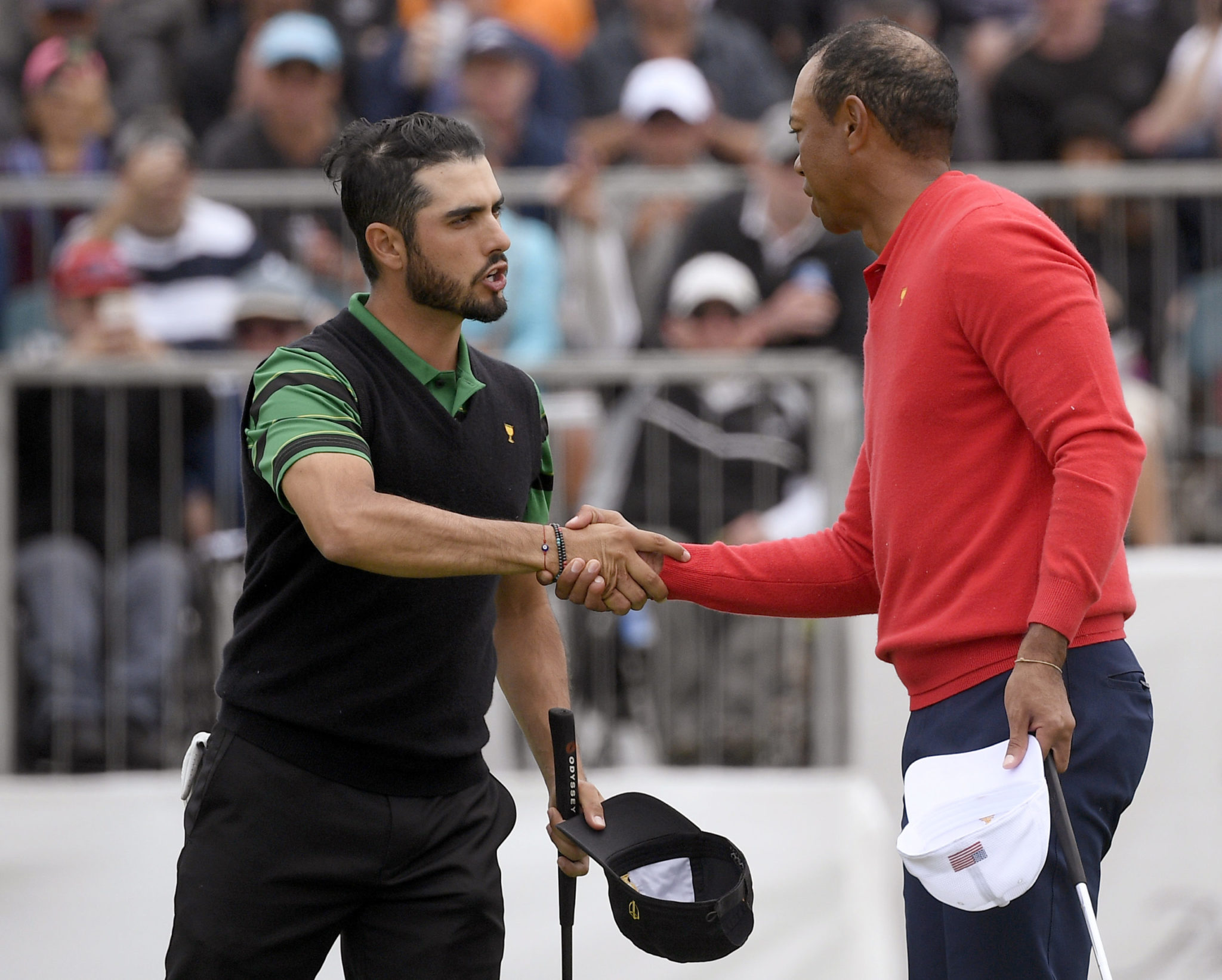 Tiger Woods set the Presidents Cup record for most victories and set the tone for another American victory.

Woods beat Abraham Anceer in the opening singles matches for his 27th match victory in this event. Then, he switched from player to captain and watched his U.S. team follow suit.

The board was filled with red American scores for so much of the day as Patrick Reed and Webb Simpson won for the first time all week at Royal Melbourne, and California rookies Xander Schauffele and Patrick Cantlay won their matches.

The best the International team could hope for was a tie by winning the final two matches.

Instead, Matt Kuchar made a 5-foot birdie putt on the 17th hole for a 1-up lead over Louis Oosthuizen. That assured the Americans at least 15 1/2 points, all they needed to win for the eighth straight time.