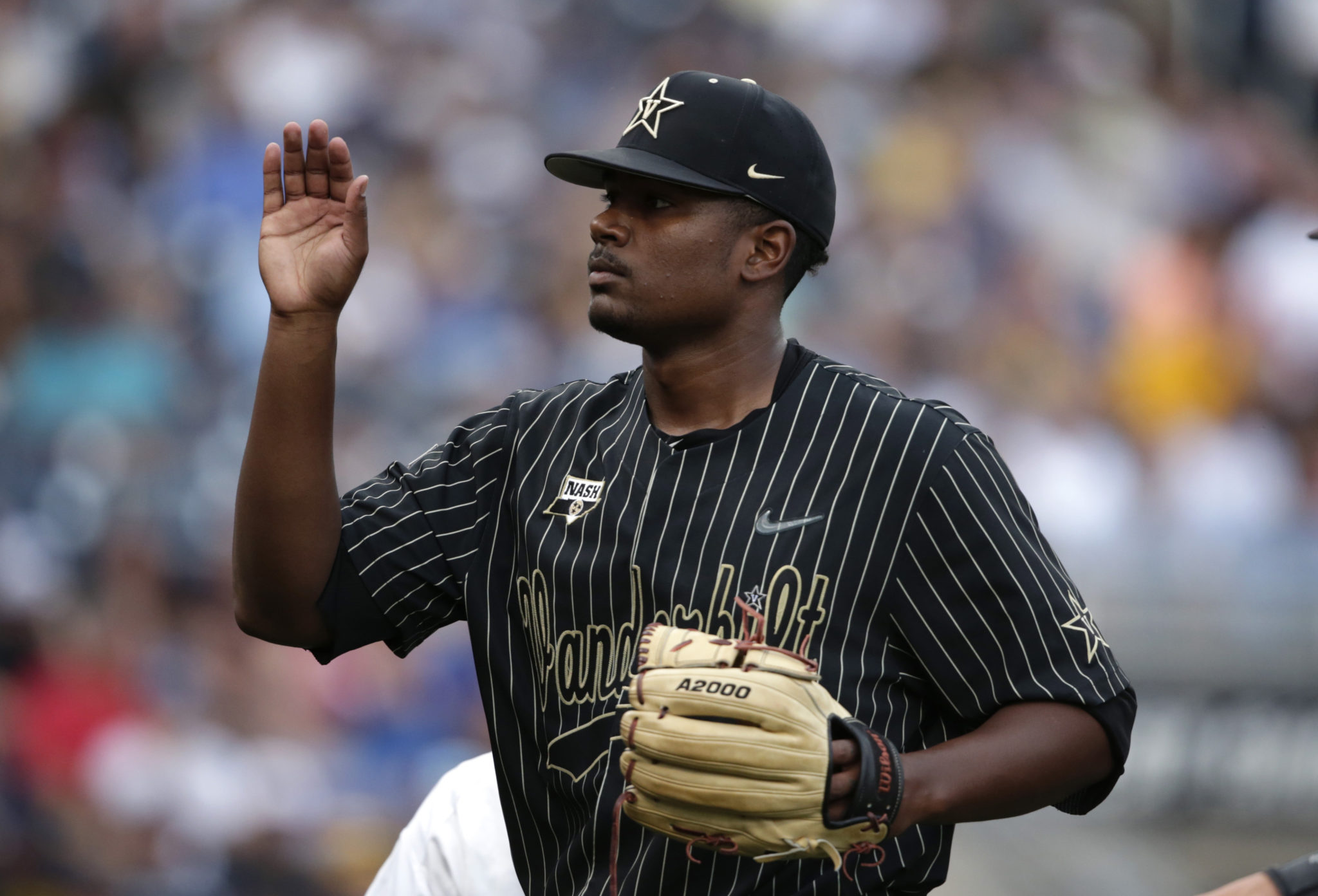 OMAHA, Neb. (AP) — Kumar Rocker struck out 11 while pitching 6 1/3 innings of three-hit ball, and Vanderbilt got to Michigan’s shaky bullpen in a 4-1 win in Game 2 of the College World Series finals Tuesday night.

Rocker (12-5) set the tone in another in a line of strong performances. Ten of the 6-foot-4, 255-pound freshman’s first 11 pitches were strikes.

Michigan (50-21) failed to score in the opening inning for the first time in its five CWS games and five of the first six batters struck out.

Redshirt freshman Isaiah Paige (4-1), pitching for the first time since June 8 in regionals, drew the start for Michigan and worked four-plus innings.

The problems for the Wolverines started after Paige departed. The Commodores picked up an unearned run in the fifth and then Jack Weisenberger, who relieved Benjamin Keizer with two runners on in the sixth, let in two runs on wild pitches to back-to-back batters.

Philip Clarke’s ninth homer, against Angelo Smith, made it 4-0.

Rocker worked around two singles, two walks and two errors through six shutout innings. Jack Blomgren singled against him leading off the seventh and a balk put him on second. Rocker struck out Joe Donovan and then left to an ovation from the fans behind the Vanderbilt dugout.

Ako Thomas greeted Tyler Brown with an RBI single for the Wolverines’ only run.

Other than Jeff Criswell, a starter until the postseason, Michigan’s bullpen hadn’t been tested until Tuesday. The Wolverines used only three pitchers in winning their first four CWS games, striking out 33, walking seven and posting a 2.25 ERA through 36 innings.

Michigan lost leadoff man and designated hitter Jordan Nwogu to a pulled left quad in the third inning. He was hurt running to first on a grounder and had to be helped off the field.

Dominic Clemente, a .200 hitter who hasn’t had a hit since May 4, took Nwogu’s place and struck out looking in his two at-bats.