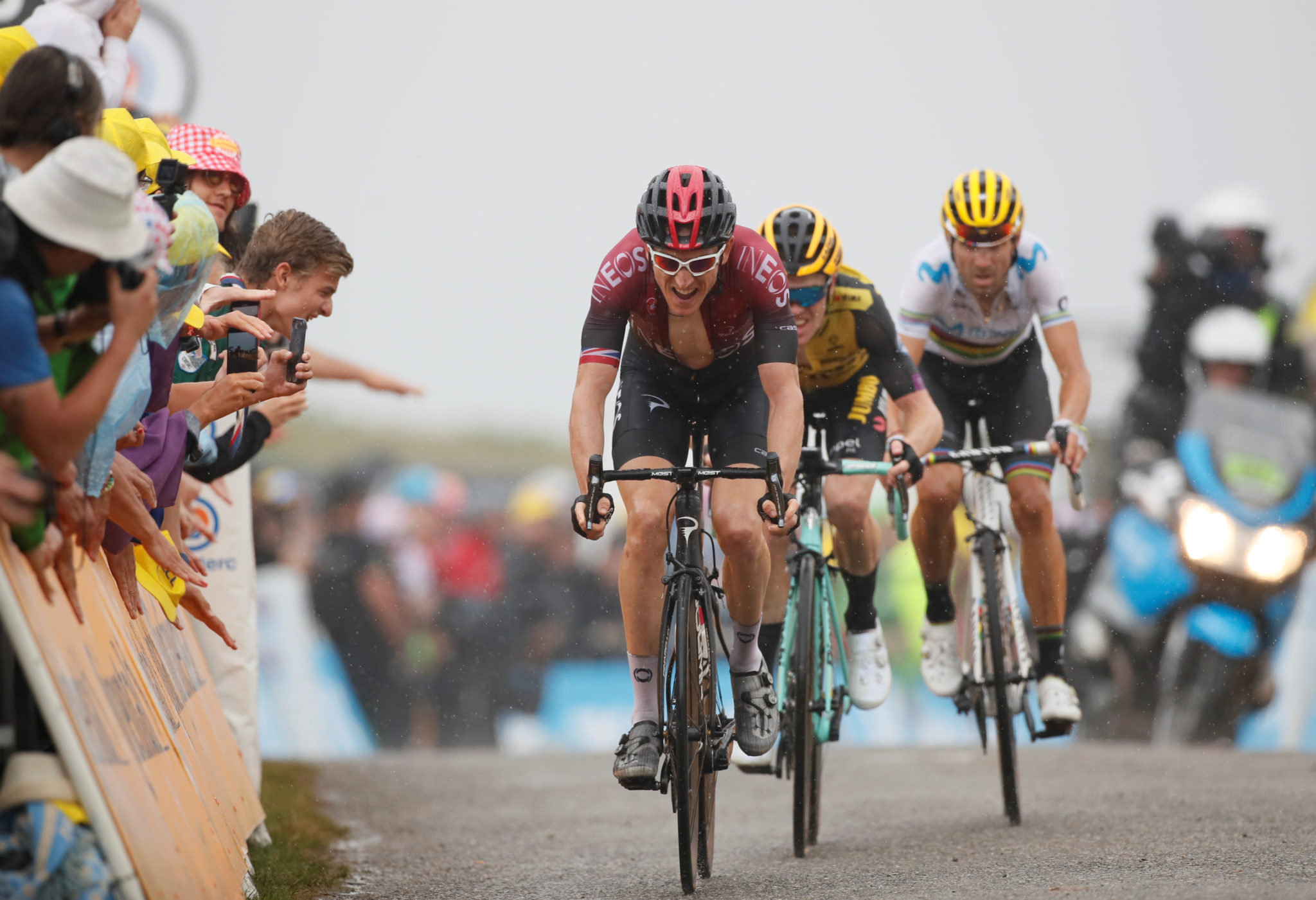 NIMES, France – With only five days of actual racing left, there is still no clear front runner in this year’s Tour de France, making it the most open and exciting competition in 30 years.

In 1989, Laurent Fignon was left distraught as he missed out on the title by eight seconds, with American Greg Lemond pulling off the narrowest margin of victory in the Tour’s history.

Julian Alaphilippe holds a 1:35 minute lead going into the final week but with the Frenchman fading, the yellow jersey appears to be slipping off his back as the finishing line gets closer.

With the riders placed between second and sixth separated by just 39 seconds, Alaphilippe knows that the chasing pack led by defending champion Geraint Thomas will be a constant threat to his hopes of ending France’s 34-year wait for a home-grown champion.

It has been a frustrating race for Team Ineos as they have not been able to take control in the absence of Chris Froome, the four-time champion who is missing the race following a horror crash last month.

Apart from Thomas, the main challengers are his Ineos team mate Egan Bernal, Dutchman Steven Kruijswijk, German Emanuel Buchmann and Thibaut Pinot, who is also carrying the hopes of the home nation.

EYE OF THE TIGER

While Alaphilippe outclassed his rivals during the first two weeks on short, punchy climbs, hanging on in the Pyrenees and by upsetting Thomas in the time trial, Pinot is closing in on the lead fast.

It took the 29-year-old two stages to write off the 1:40 minutes he lost due to a positioning error in the crosswinds on a flat stage last week. Following that, he emerged as the best climber as he won stage 14 and also gained time over all his rivals on Sunday.

“It’s the first time I’ve seen a tiger on his bike. The look in his eyes says he wants to eat everyone,” Cyrille Guimard, who was the sports director of Bernard Hinault’s La Vie Claire team when he was the last French winner of the Tour in 1985, said.

“I’m in the game but I’m clear-headed and I keep my feet on the ground. The momentum can switch at every stage,” Pinot, who has stage wins on all three grand tours and won the ‘Monument’ classic Giro di Lombardia last October, said.

In Sunday’s final climb up to the Prat d’Albis, Pinot first dropped Kruijswijk and Thomas, then Buchmann and Bernal, showing his superiority for the second day in a row.

Without Froome, Ineos have not been able to suffocate the competition as they did to win six of the last seven editions when they were known as Team Sky.

The British outfit, however, may have a tactical advantage as they have two riders in position to win the race, although it could also play against them as they have not yet named a clear leader.

They are confident the race will go their way, with Thomas banking on his consistency.

“Alaphilippe still has a nice lead and he has a few days now to recover and obviously Pinot is climbing very well but the main thing about grand tours is being consistent and strong all the way through it and how you deal with any sort of bad day you get,” the Welshman said.

Asked what he thought about potentially facing two Frenchmen on their home soil for the overall win, he replied: “I’d love it. I’d relish it. Bring it on.”

With a new heatwave expected to sweep across France this week, riders can expect extremely challenging conditions before they enter Friday’s 19th stage. During their 2,770 meters climb to Col de l’Iseran, thunderstorms are forecast, which just happens to be Pinot’s favorite weather.