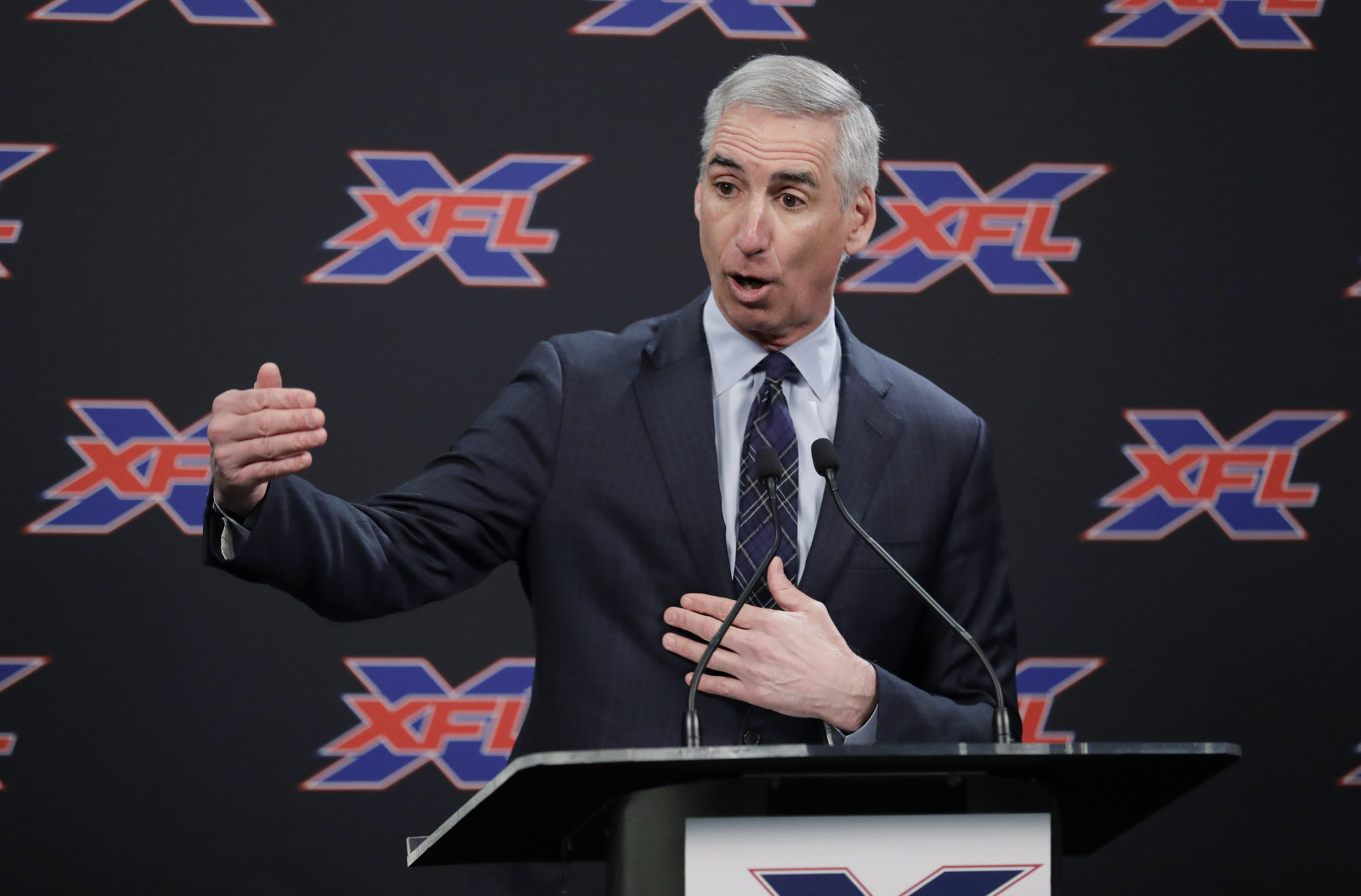 LONG BEACH, Calif. — Oliver Luck’s first year as the XFL’s commissioner has mostly been confined to the office and getting the league’s framework set up. The next couple months are what Luck refers to as the fun part of preparing for next year’s return.

“We’re still a long way from a football game but we are starting to see more of what we are trying to do,” Luck said.

The league — which will begin play the week after Super Bowl 54 — is in the middle of conducting “Summer Showcases” in the eight cities where it will have teams. The showcases are similar to pro days on college campuses and the NFL Scouting Combine as coaches get to work with prospects.

Los Angeles, New York, Washington, Seattle, Houston and Dallas featured 100 players, who were invited by the league, but last weekend’s showcase in Tampa had 150. Luck said the league will begin signing players later this month after the final showcase is held in St. Louis July 13.

Some of the prospects played in the Alliance of American Football, which lasted only eight weeks, but some former NFL players have also participated, including wide receivers Hakeem Nicks and Robert Meacham, quarterbacks Landry Jones and Ryan Mallett and tight end Fred Davis.

“You get a lot of reps. For me, there is a chance to put film out there and show I can still play,” said Davis, who last played in the NFL in 2013. “It’s good just to know you still have an opportunity to play if you still have some juice left.”

Luck is optimistic that the quality of players, especially at quarterback, will be better than the AAF. Luck points to the league being able to offer more at skill positions.

“We have some guys who left the NFL on terms that were not their own but still have 2-4 years left of playing. It gives me hope that we can play solid football,” he said.

Some players were not invited to showcases because Luck said they already had a large amount of film. Many have wondered if 2012 Heisman Trophy winner Johnny Manziel is on the league’s radar, but Luck said that remains to be seen. Manziel played two games in the AAF before the league folded.

This will be a busy month for the league. Besides beginning to sign players, the names and logos of the eight teams are expected to be unveiled. There will also be another session of rules testing using players from The Spring League in Southern California that will be attended by coaches, ESPN and Fox.

The league held a test session two weeks ago, where ESPN and Fox producers got to see how some of the proposed rules will affect a broadcast.

Plans include a 25-second clock between plays — which is 15 seconds less than the NFL, multiple forward passes as long as the players remain behind the line of scrimmage and a creative solution for overtime.

The XFL will use a format similar to penalty shootouts in soccer. Teams will line up at opposite ends of the field and get five opportunities from the 5-yard line. The team with the most points at the end wins.

Luck said they are still trying to decide how to determine who goes first, as well as how many points the winning team gets at the end of overtime.

“The best players are deciding overtime and there is the fairness aspect. It also gets done quickly,” Luck said.

Teams will be scouting NFL training camps for more players with another big round of signings happening after Labor Day. The league will then conduct its draft in October.

Besides the eight teams, there will be a roster of players that can be called up in case of injuries. Those players would likely be based in Houston or Dallas. Luck said that would be similar to what they had in NFL Europe.

Los Angeles coach Winston Moss said he has been pleased with what has seen at the different showcases and how the league is continuing to progress.

“These guys are hungry and when you give that recipe for opportunity great things can happen,” he said.